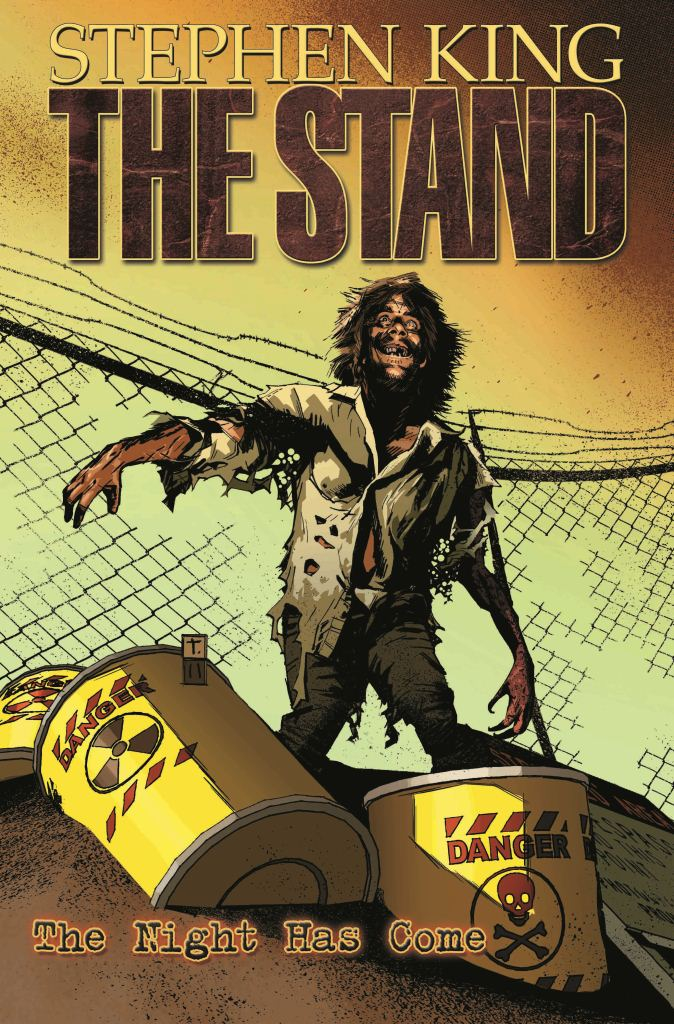 NOV110665
(W) Roberto Aguirre-Sacasa (A) Mike Perkins (CA) Tomm Coker
Written by ROBERTO AGUIRRE-SACASA
Penciled by MIKE PERKINS
Cover by TOMM COKER
It's all been building to this, true believers: the ultimate conflict between Good and Evil. The three spies sent by the Free Zone to infiltrate Flagg's ranks have crossed over to the west, but have they underestimated the dark man's power? And the loyalty of those who follow him? Blood will be shed in the final chapter of Stephen King's masterpiece of apocalyptic horror! Collecting THE STAND: THE NIGHT HAS COME #1-6.
160 PGS./Parental Advisory