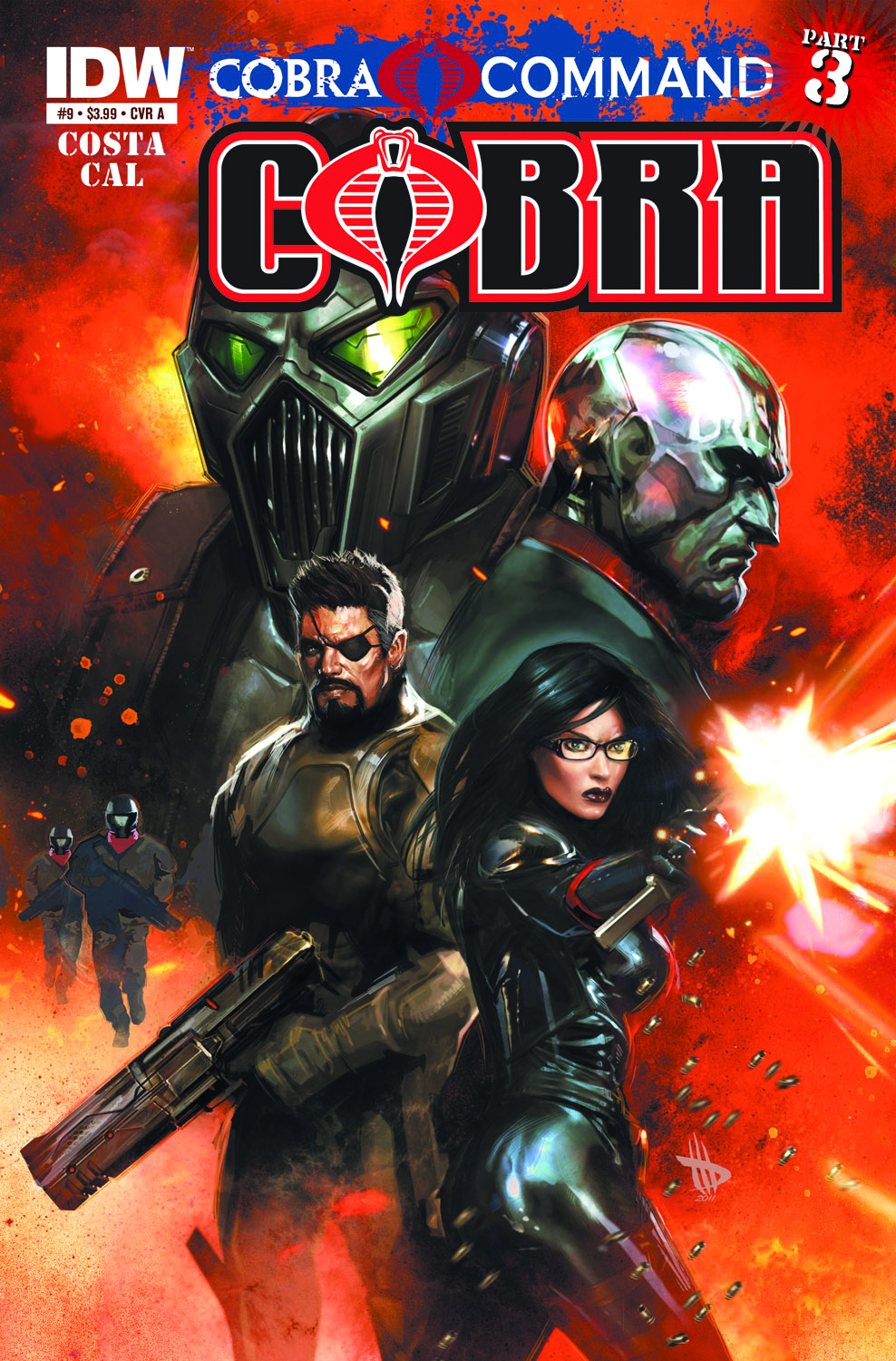 NOV110280
(W) Mike Costa (A) Alex Cal (CA) Antonio Fuso
"Cobra Command," Part Three! As the takeover of a foreign nation by the new COBRA COMMANDER continues, we follow other members of COBRA HIGH COMMAND who are not as amenable to the new COMMANDER as they first seemed. While certain COBRA agents quietly plot their vengeance, others align themselves with the new COMMANDER... but he may have more in store for COBRA than just a military coup.