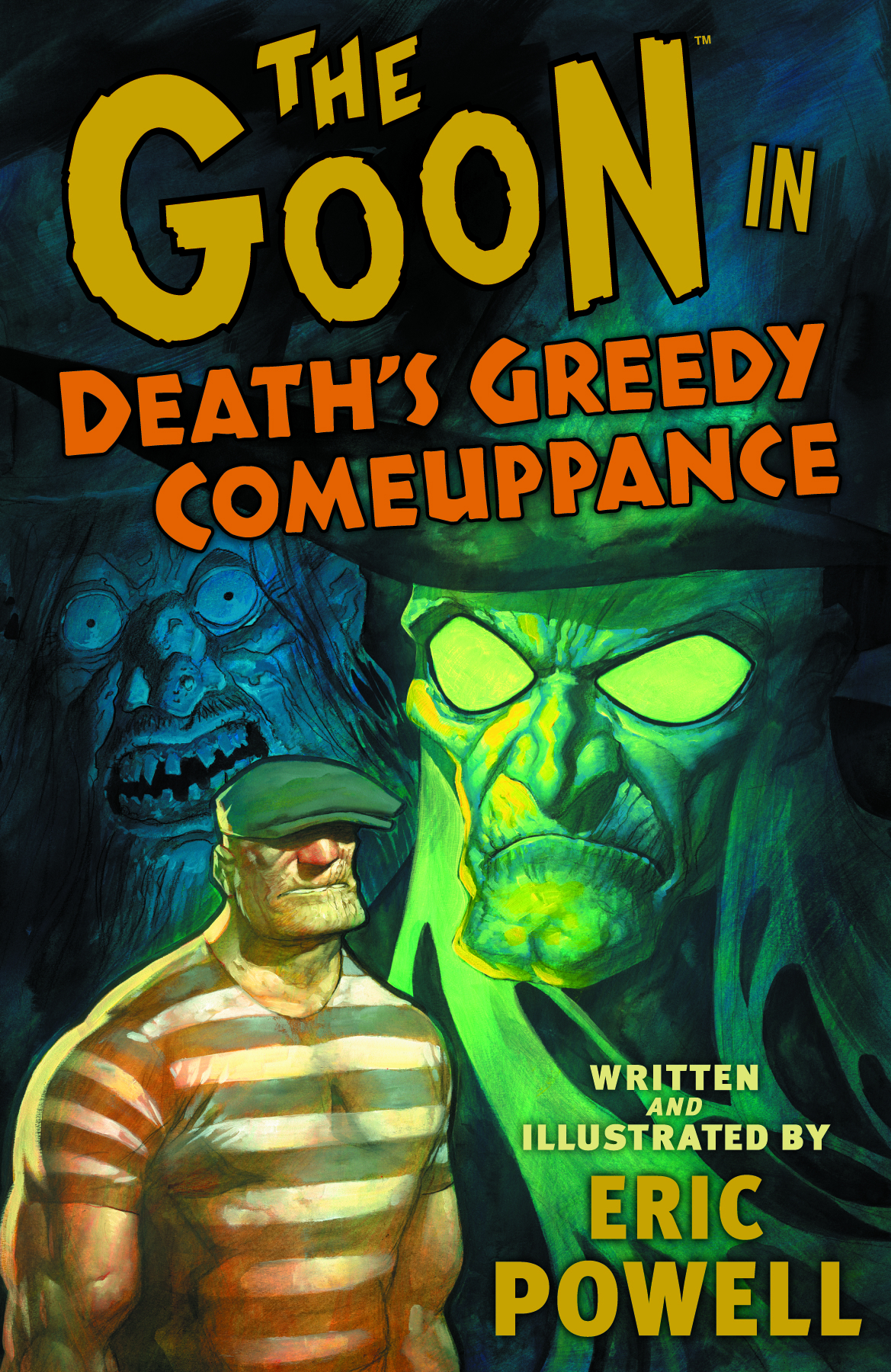 NOV108240
(W) Eric Powell (A/CA) Eric Powell
Celebrate ten years of The Goon with this collection of two hilarious Goon stories and the Buzzard miniseries! This volume includes the landmark tenth-anniversary special and the riotous (and silent) One-Shot Wonder issue, plus a poignant adventure of the immortal Buzzard, wandering a desolate land after his confrontation with the Zombie Priest. Filled with equal parts comedy and misfortune, this collection serves as both an epilogue to the Goon Year epic and the beginning of the next chapter in the story of Lonely Street's tragic protector!

"Every panel [is] gorgeously detailed, like a Max Fleischer cartoon if Cthulu spat some sort of hellish bile all over it. Few artists can actually, truly justify the purchase of a comic through their art alone, but Powell is certainly one of them."
-ign.com