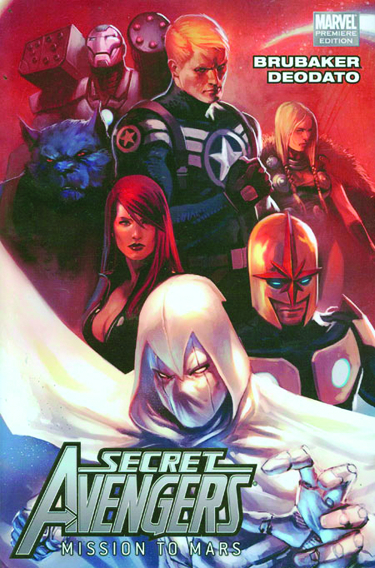 NOV100647
(W) Ed Brubaker (A) Mike Deodato (CA) Marko Djurdjevic
Written by ED BRUBAKER
Penciled by MIKE DEODATO
Cover by MARKO DJURDJEVIC
Who are the Secret Avengers?  Are they a covert team of heroes working the darkest corners of the globe to stop disaster? Are they part-spy, part-superhero? or all they all of the above?  A new era begins as Marvel's hottest team takes a 21st century twist! Collecting SECRET AVENGERS #1-5.
128 PGS./Rated T+