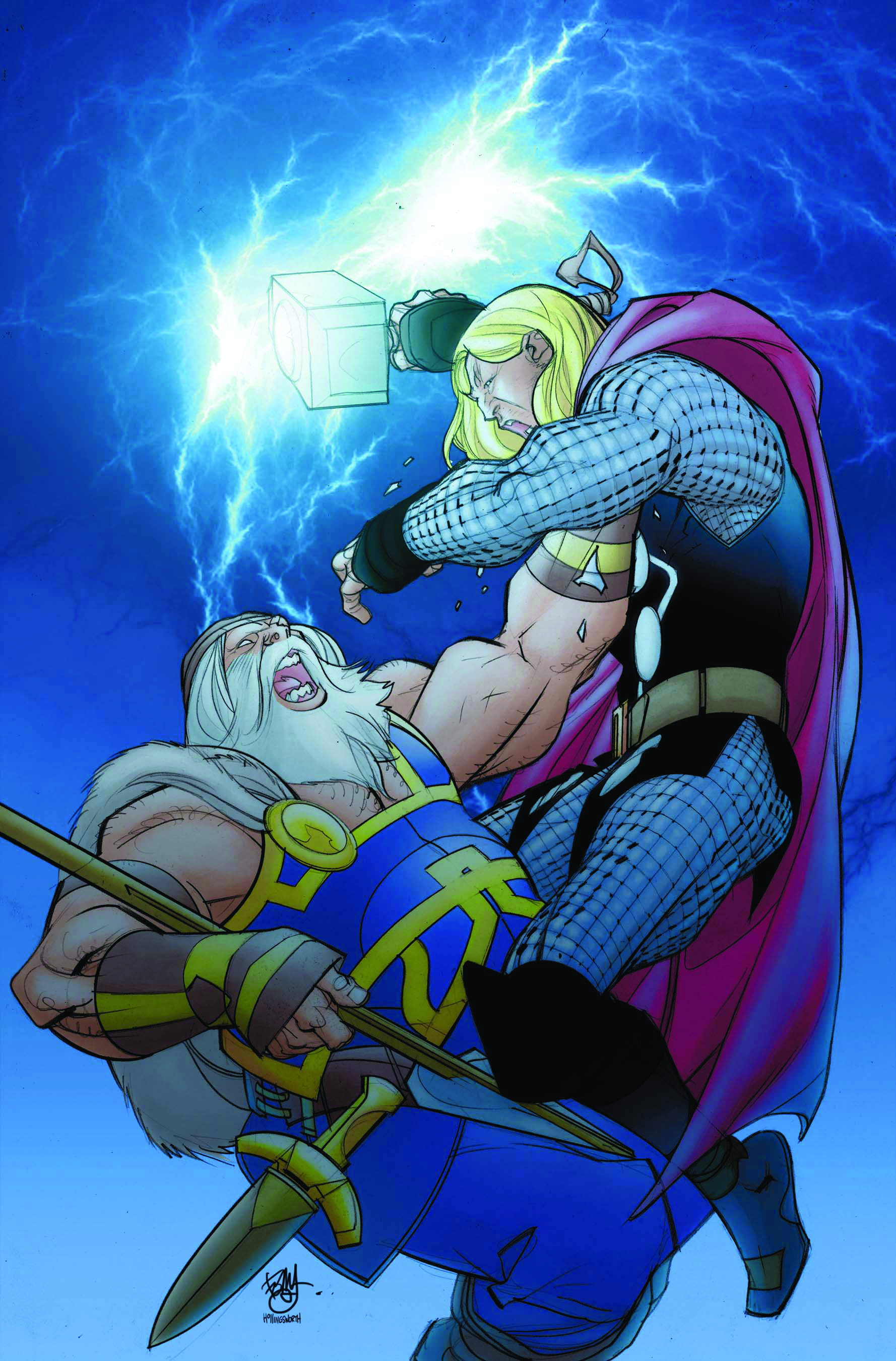 NOV100545
(W) Matt Fraction (A/CA) Pasqual Ferry
Written by MATT FRACTION
Pencils & Cover by PASQUAL FERRY
With Ol' One Eye seated again on the throne of Asgard, learn ye now the story of the World Tree-- the birth of spacetime itself!  Speaking of Odin... guess who's got one eye and isn't exactly thrilled to see young Loki again? And as the refugees of nine worlds brace for the relentless invasion by the dark gods of the Tenth World, hoping against hope they'll live to see tomorrow, two of Asgard's most mighty ready themselves to make the ultimate sacrifice! This is it, true believers-- the last moment of daylight before the skies rip open and rain down blood... and the WORLD EATERS... next stop MIDGARD!!
32 PGS./Rated T+