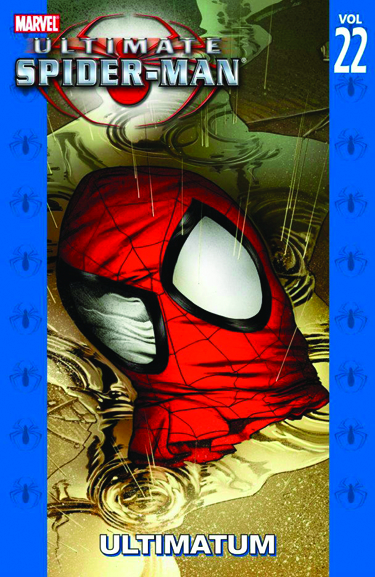 NOV090559
(W) Brian Michael Bendis (A) Stuart Immonen, David Lafuente
Written by BRIAN MICHAEL BENDIS
Penciled by DAVID LAFUENTE & STUART IMMONEN
Cover by STUART IMMONEN
Ultimate Spider-Man meets the Ultimate End. It begins with a blessedly normal day for Peter Parker. It ends with a final moment that will leave you without words. Magneto has issued his Ultimatum to the world - and unleashed a tidal wave upon Manhattan that triggers a new epoch in the history of civilization. In the center of the maelstrom are New York City's most gallant defender and the family and friends that live - and die - beside him. This is the story of Aunt May, Mary Jane, Kitty Pryde, J. Jonah Jameson and the hero that looms over all their lives as they bear witness to the end times of the Ultimate Universe. Featuring the Hulk, Spider-Woman, Doctor Strange and more, this volume recounts the final days of the series that rewrote the rulebook on comic-book action, adventure and humanity. Collecting ULTIMATE SPIDER-MAN #129-133 and ULTIMATE SPIDER-MAN ANNUAL #3.
160 PGS./Rated A ...$19.99