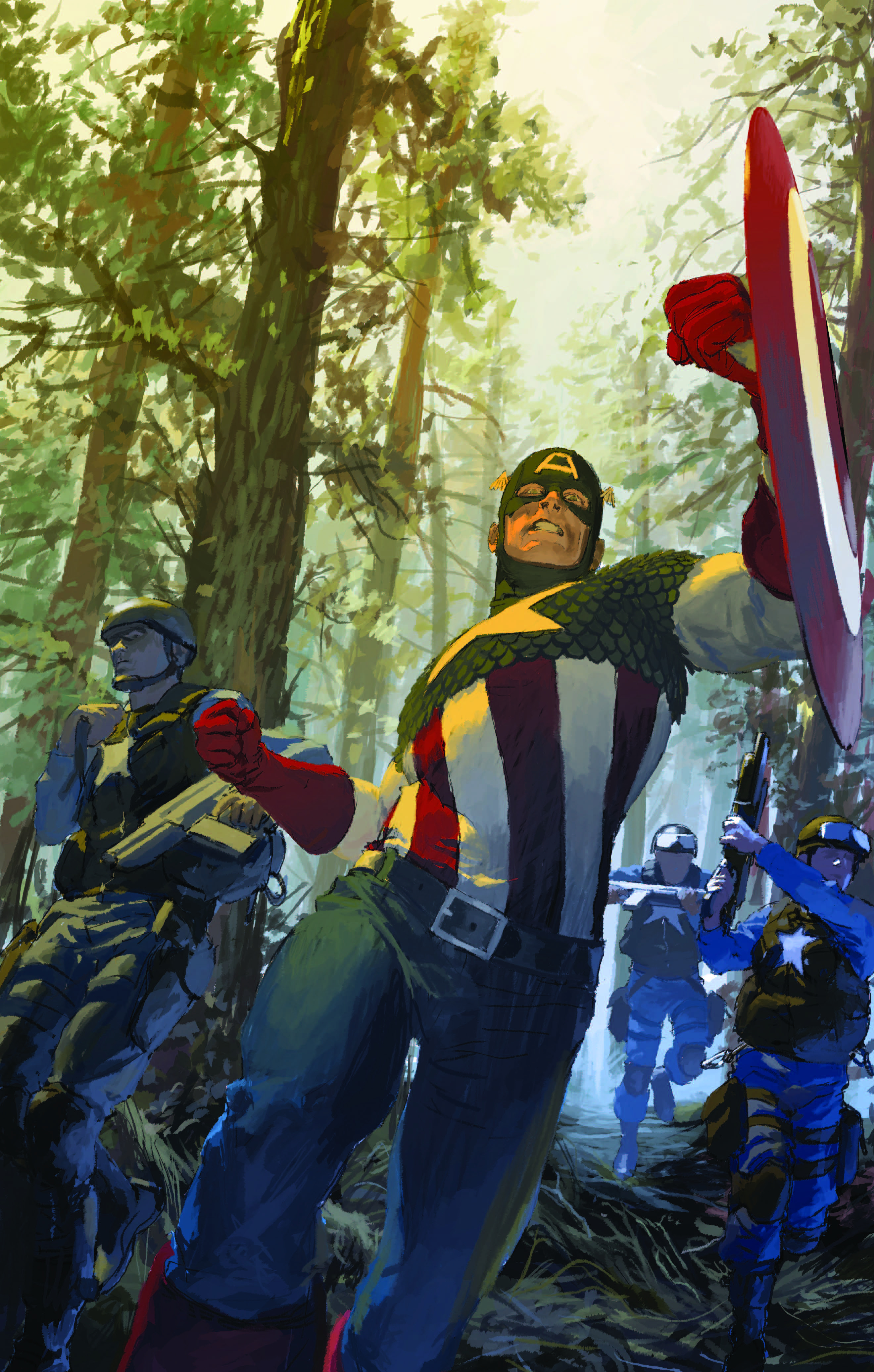 NOV090463
(W) Ed Brubaker, Sean McKeever (A) David Baldeon, Luke Ross (CA) Gerald Parel
Written by ED BRUBAKER
Penciled by LUKE ROSS
Cover by GERALD PAREL
The monthly CAPTAIN AMERICA returns with a bang!  Where has the Captain America from the '50s been the past few months, and what part of our modern world has welcomed him?  And what will Steve and Bucky do when an old enemy tries to become a revolutionary? TWO AMERICAS begins here! By best-selling writer Ed Brubaker with art by Luke Ross. Plus, the start of a Second Bonus Feature - NOMAD by Sean McKeever and David Baldeon!
40 PGS./Rated T+ ...$3.99