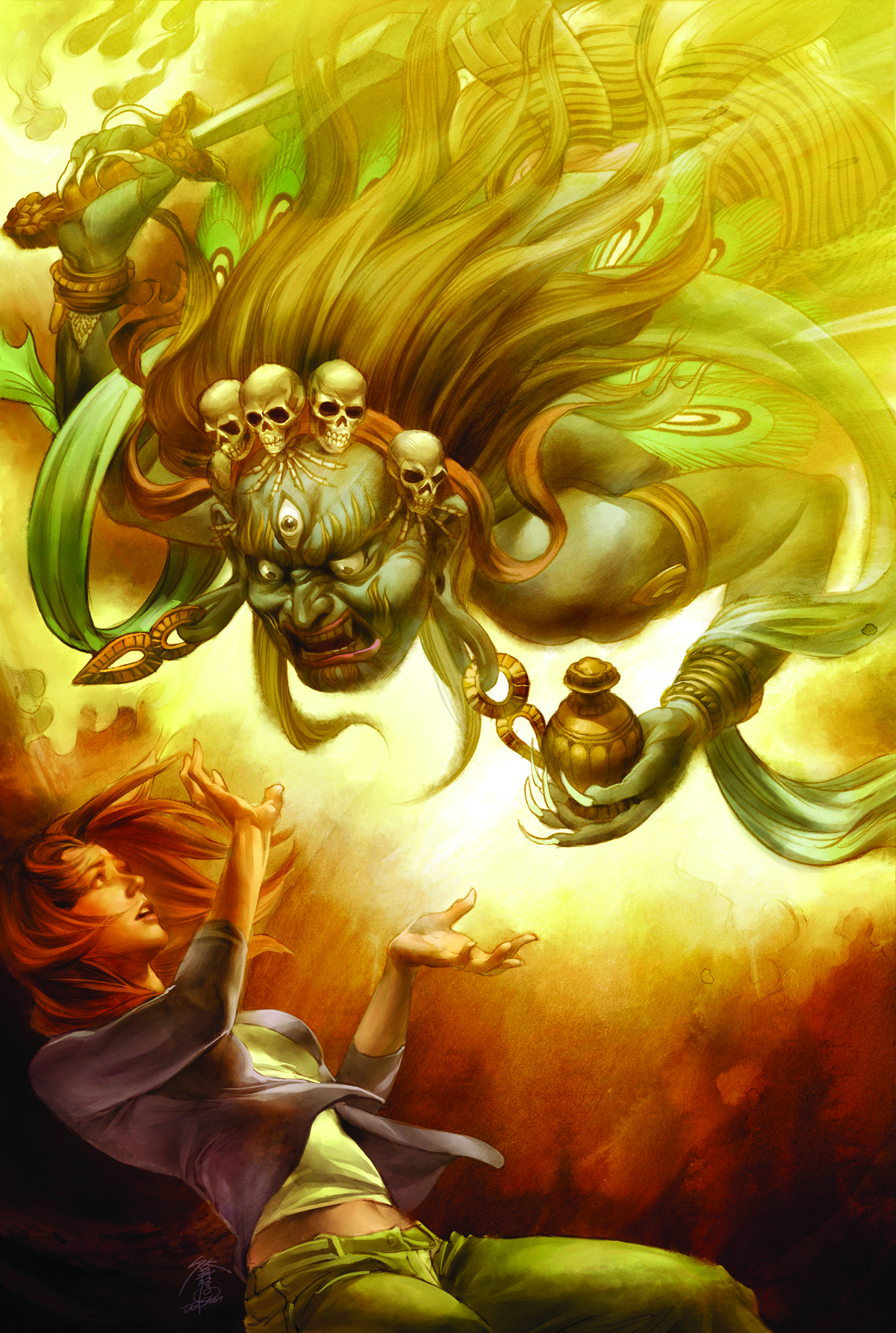 After Willow unearths giant Tibetan goddesses to help in the fight against Twilight and his disposable soldiers, the Slayers are forced to retreat when the goddesses go AWOL and attack indiscriminately. Without powers the Slayers are unable to keep up the fight against missile fire, grenade launchers, and tanks. It would seem that all is lost, and Buffy-all alone-must make her last stand on a battlefield covered in the bodies of friends and foes.