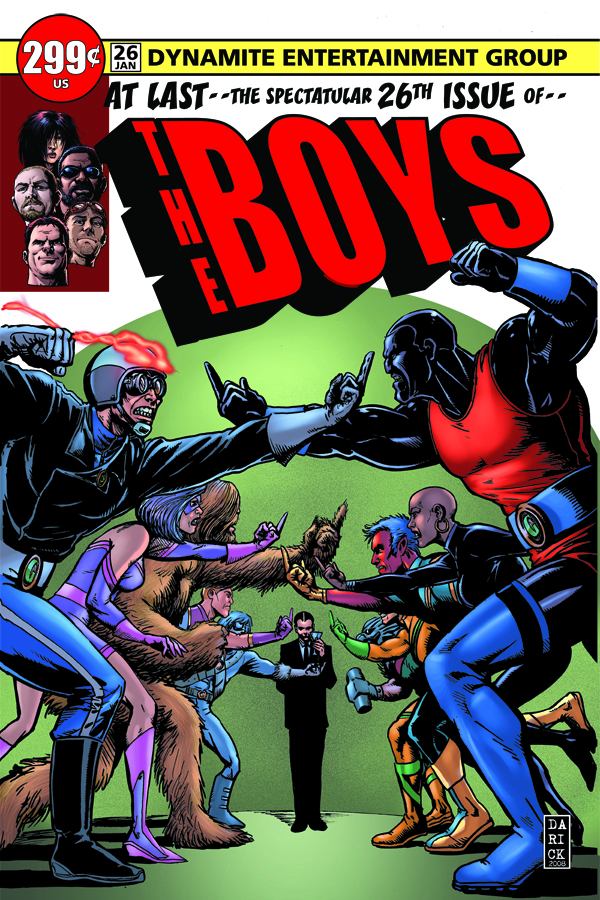 NOV083943
(W) Garth Ennis (A) John Higgins (CA) Garry Leach (A/CA) Darick Robertson
by Garth Ennis, Darick Robertson & John Higgins
Hughie takes a break from his undercover op, hoping to find a little Romance amidst the chaos of the G-world. MM's investigations take him down some dark paths- though not as dark as Butcher's, who gets a nasty surprise and promises even worse for the culprit. And in the senses-shattering story of the year, featuring two-fisted titanic action the way you demanded it, the endlessly uncanny G-Men go for... brunch?