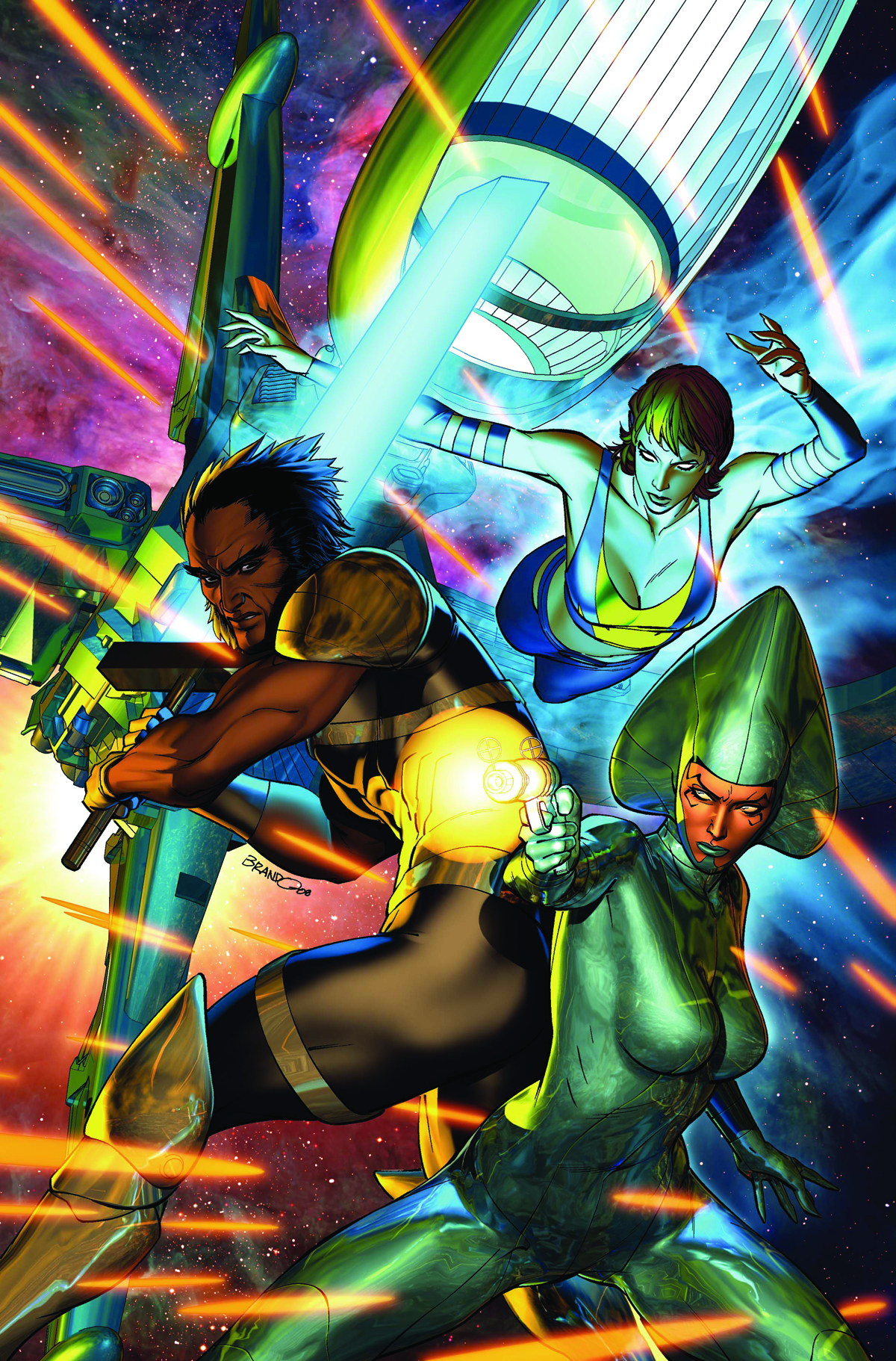 NOV082408
(W) Christopher Yost (A) Dustin Weaver (CA) Brandon Peterson
Written by CHRISTOPHER YOST
Penciled by DUSTIN WEAVER
Cover by BRANDON PETERSON
Marvel Girl, Korvus and Lilandra are the only resistance to Vulcan's reign, but Vulcan aims to end their rebellion.  With Havok, Polaris and rest of the Starjammers in prison, they don't stand to get much help.  The Shi'Ar Empire is expanding under Emperor Vulcan's reign...  Come see the road to the WAR OF KINGS!
32 PGS./Rated T+ ...$3.99