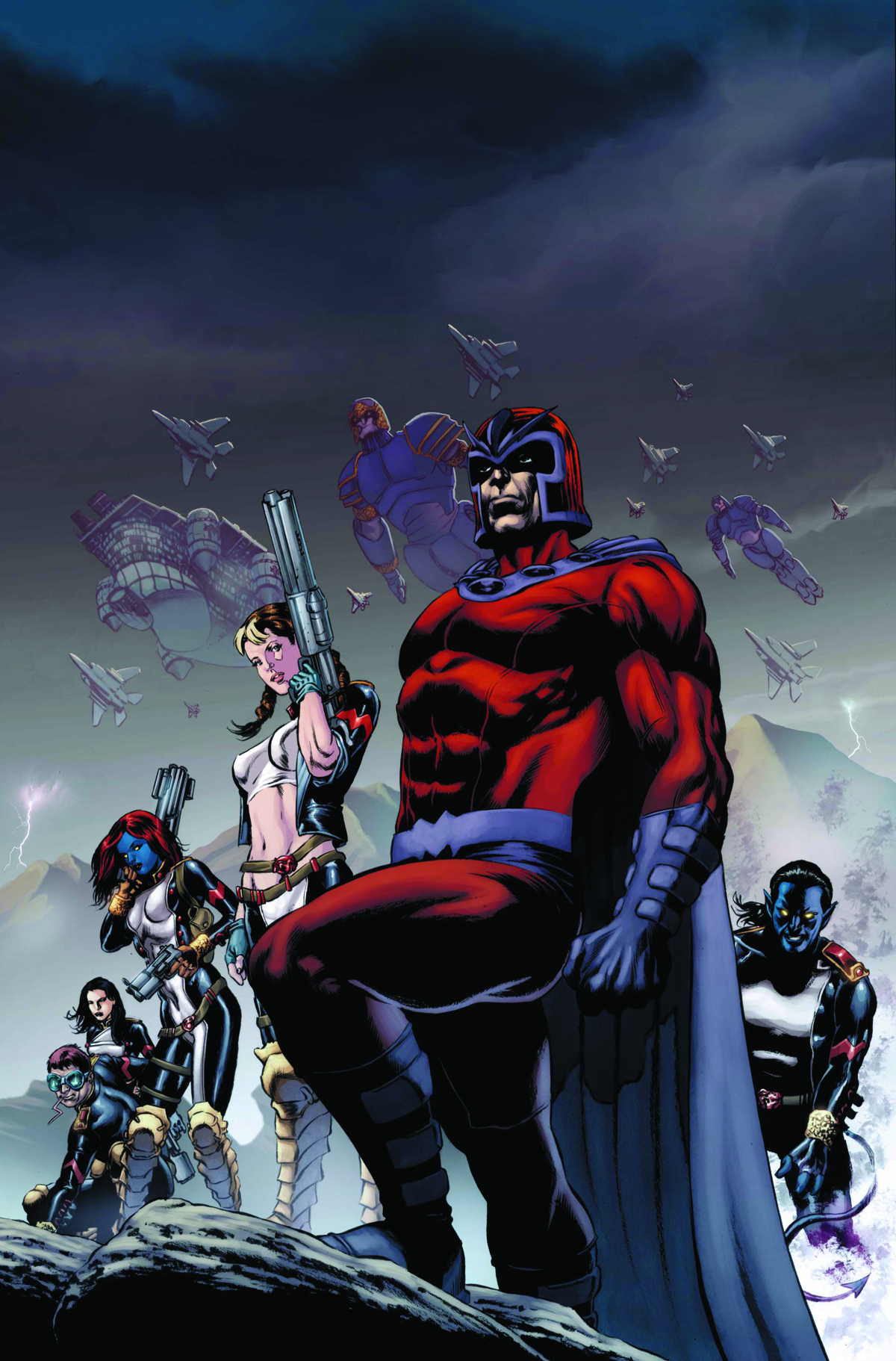 NOV082369
(W) Christos N. Gage (A) Andrea DiVito (CA) Mike Perkins
Written by CHRISTOS N. GAGE
Penciled by ANDREA DIVITO
Cover by MIKE PERKINS
REVEALED:  How Magneto formed the House of M! It all comes down to this...the final battle between
Magneto's mutant army and the United States of America!  Can the Master of Magnetism stand against non-metallic Sentinels?  What will happen when
Magneto's children learn that he's their father? And how will Earth's superpowers respond when the planet's most powerful mutant finally makes his bid to conquer the world?  The epic conclusion to the House of M's greatest untold story is here!
32 PGS./Rated T+ ...$2.99