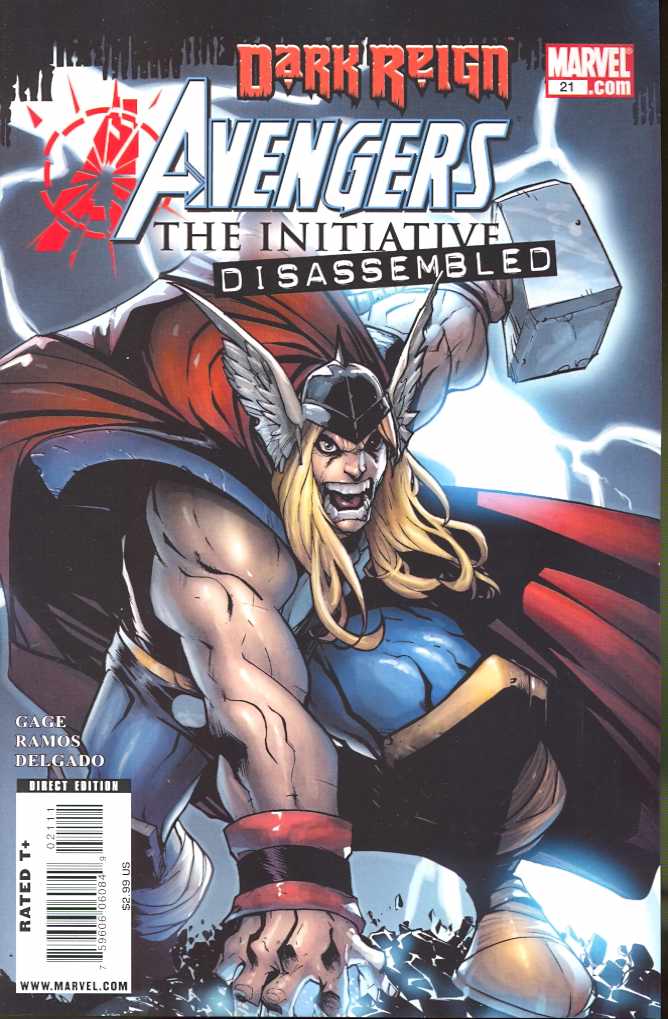 NOV082326
(W) Christos N. Gage (A/CA) Humberto Ramos
Written by CHRISTOS N. GAGE
Pencils & Cover by HUMBERTO RAMOS
THE INITIATIVE DISASSEMBLED begins here! The Fifty State Initiative stands revealed as a Skrull plot. Key personnel have left Camp Hammond, never to return. And that's the least of the shocking fallout from Secret Invasion. Is there a future for our heroes? It could be a moot question when the mad clone of Thor, last seen in CIVIL WAR, is revived and turned loose on Stamford! This is no idle hype, True Believer--after this story, the Initiative will never be the same!
32 PGS./Rated T+ ...$2.99