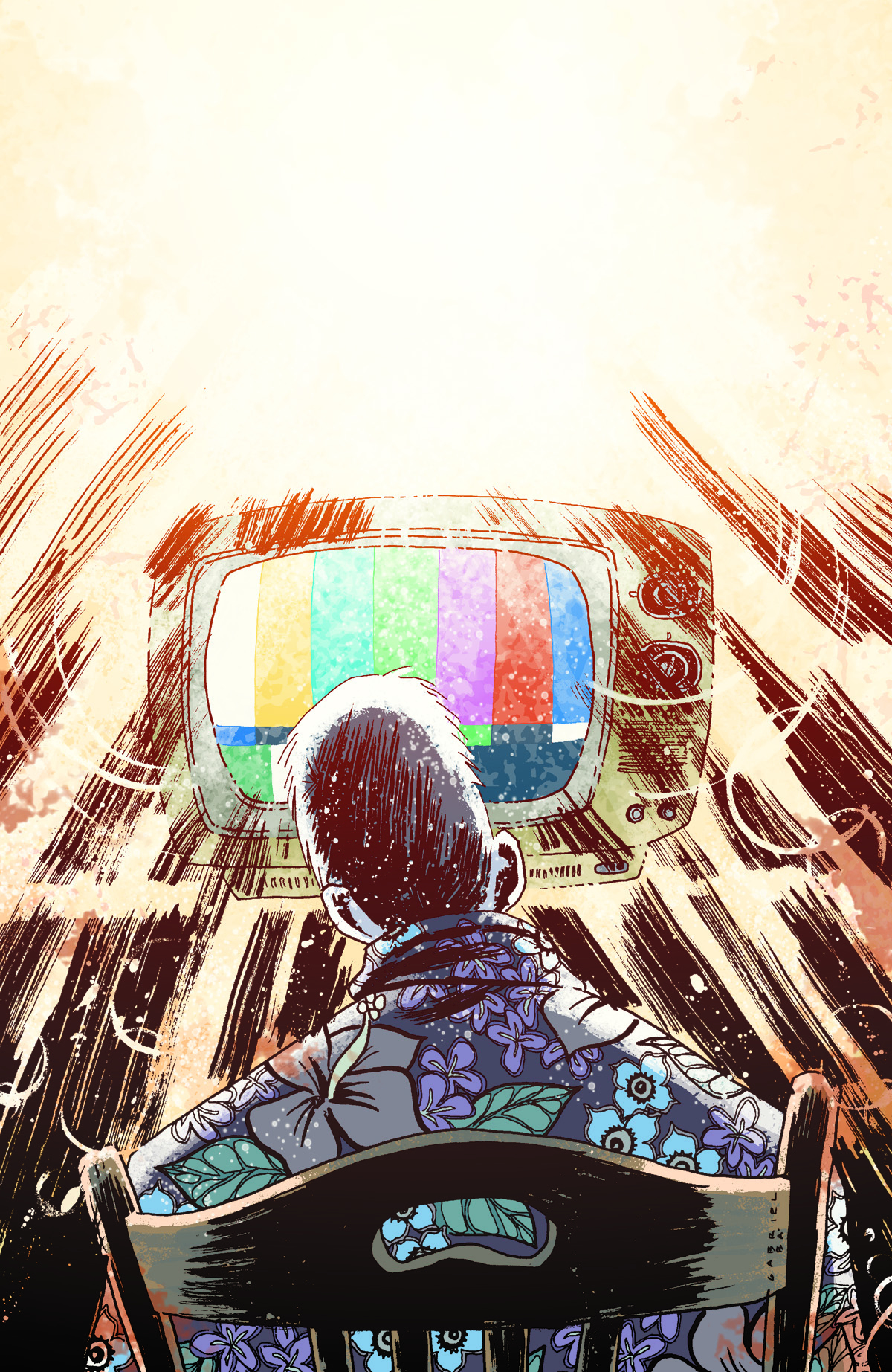 As Clare Boothe Luce once said, "No good deed goes unpunished." The S ance, ego bloated from having saved the world a few months ago, finds himself strapped in for a most unpleasant ride while the team runs in four different directions-because only four of the seven Umbrella Brats are currently mobile.

Clare Boothe Luce, Republican congresswoman, ambassador, and playwright, was the daughter of unmarried violinist and deserter Wm. Franklin Boothe. (The Umbrella Academy does not approve of the term "illegitimate child." Every child is legitimate; it's some parents we find to be lacking.) Through her varied career, she took on communism, sexism, and Nazism. When her friend, actress and legendary suicide Dorothy Hale, threw herself from the sixteenth floor of New York City's Hampshire House, Luce compelled art goddess Frida Kahlo to paint the shocking El Suicidio de Dorothy Hale. In 1953, President Eisenhower named Luce ambassador to Italy. When she met Pope Pius XII, Luce, ignoring America's own ethic about separation of church and state, explained the Church's moral requirement to be tougher on communism. Pope Pius replied, "You know, Mrs. Ambassador, I am a Catholic, too."  Seven years later, the United States would elect its first Catholic president.