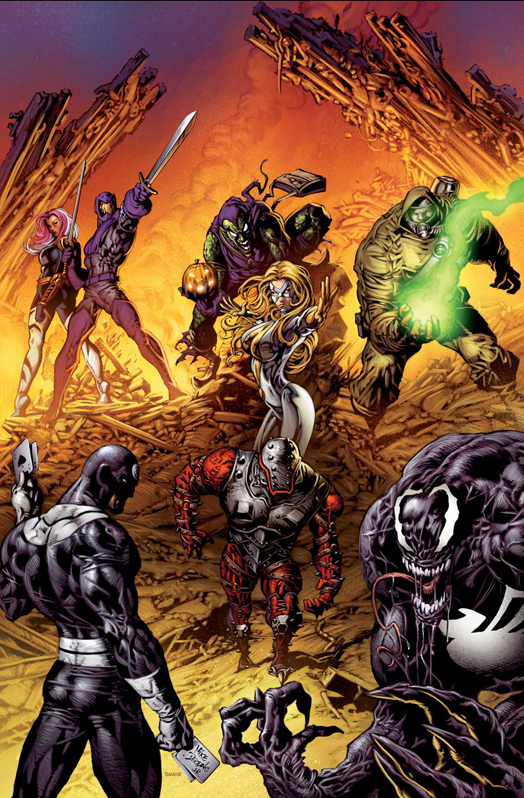 NOV062318
(W) Warren Ellis (A) Mike Deodato (CA) Marko Djurdjevic
Written by WARREN ELLIS
Penciled by MIKE DEODATO
Cover by MARKO DJURDJEVIC
Variant Covers by LEINIL YU
"Faith in Monsters" Part 1 of 6
Venom, lethal protector!  The enigmatic Moonstone! Bullseye, the man who never misses! Songbird, mistress of sound! Chen Lu, the Radioactive Man! Swordsman, master of the blade! The mystery man called Penance! And Norman Osborn, the Green Goblin! They're America's newest celebrities, ready to take to the skies at a moment's notice in pursuit of those secret, unregistered superhumans hiding among us! They're the All-New, All-Deadly THUNDERBOLTS-making the world a safer place for ordinary people one would-be costumed hero at a time! In the wake of CIVIL WAR, Warren Ellis and Mike Deodato present a dark and disturbing take on Marvel's most wanted, where the line between hero and villain is difficult to find-if it exists at all!
32 PGS./Rated T+ ...$2.99