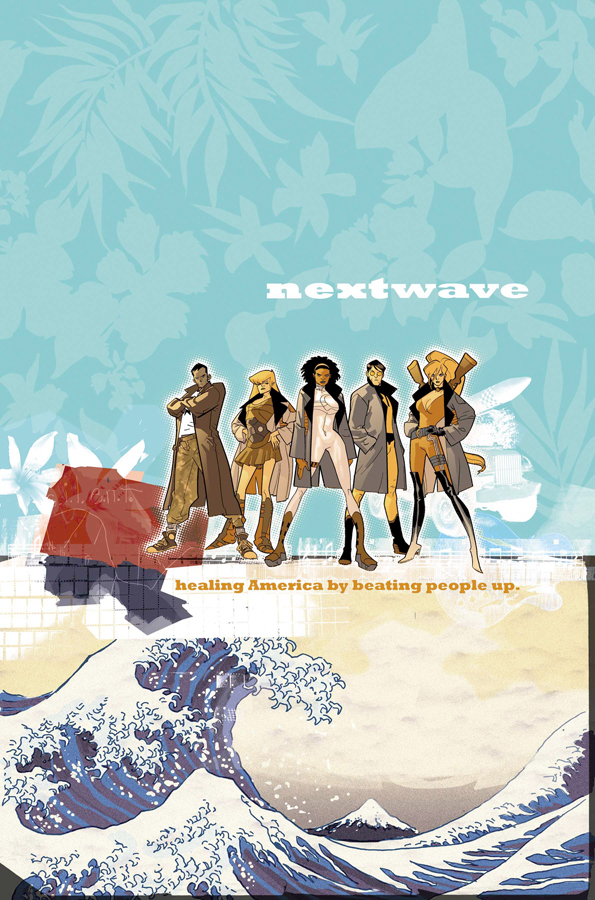 NOV051973
(W) Warren Ellis (A/CA) Stuart Immonen
Written by WARREN ELLIS
Pencils & Cover by STUART IMMONEN
RRRAAAAAGGGGGHHHHH!!!  Action!  Excitement!  Explosions!  The Highest Anti-Terrorism Effort, or H.A.T.E. (a subsidiary of the Beyond Corporation ) put NEXTWAVE together to fight Bizarre Weapons of Mass Destruction.  When NEXTWAVE discovers that H.A.T.E. and Beyond are terrorist cells themselves and that the BWMDs were intended to kill them, they are less than pleased.  In fact, they are rather angry.  So they make things explode.   Lots of things.  Starring Monica Rambeau (formerly Captain Marvel and Photon), Aaron Stack (Machine Man), Tabitha Smith (X-Force's Meltdown), monster-hunter Elsa Bloodstone and The Captain!  Guest-starring Fin Fang Foom!!!  If you like anything, you will LOVE NEXTWAVE!!!  BOOM!!