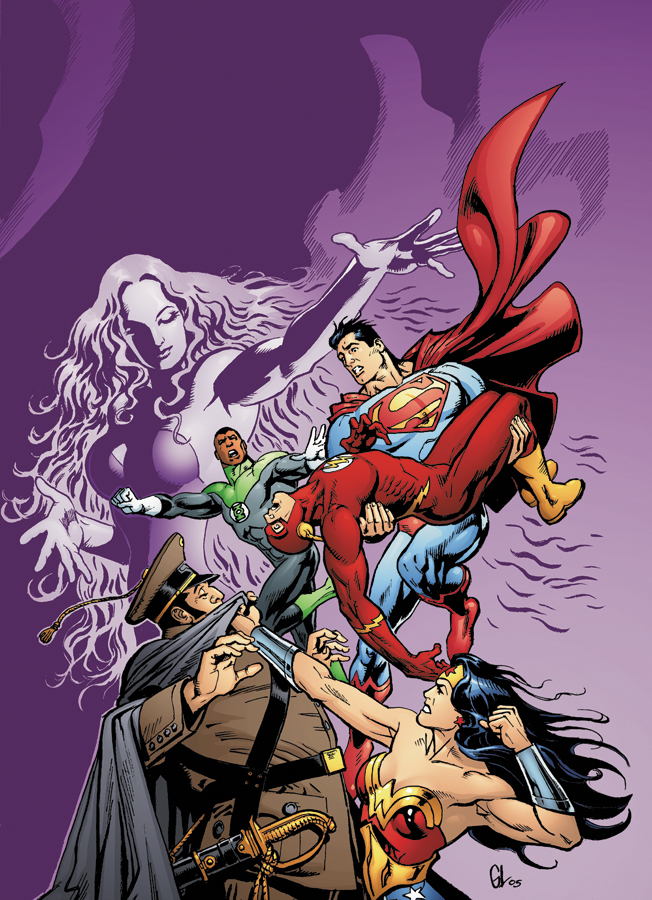 NOV050276
(W) Gail Simone (A/CA) Jos? Luis Garc?a-L?pez
Written by Gail Simone
Art by Jos Luis Garc a-L pez & Klaus Janson
Cover by Daniel Acuna
A harrowing new story arc begins when Wizard Top Ten Writer Gail Simone (BIRDS OF PREY), Jos Luis Garc a-L pez (DC SPECIAL: RETURN OF DONNA TROY) and Klaus Janson (BATMAN: DEATH AND THE MAIDENS) team up to send the World's Greatest Super Heroes to an emerging nation torn by revolution! The dictatorial reign of the warlord General Tuzik is brought to a halt when the JLA, acting at the request of the United Nations Security Council, storms the General's stronghold. Unfortunately, Tuzik bends the rules of international law - and escapes the free world's grasp - to initiate his greatest act of terror: creating a Justice League for his own country to help bring the world and its heroes to their knees!
Who - or what - is the Hypothetical Woman that enables Tuzik to create his own twisted League Against Justice?