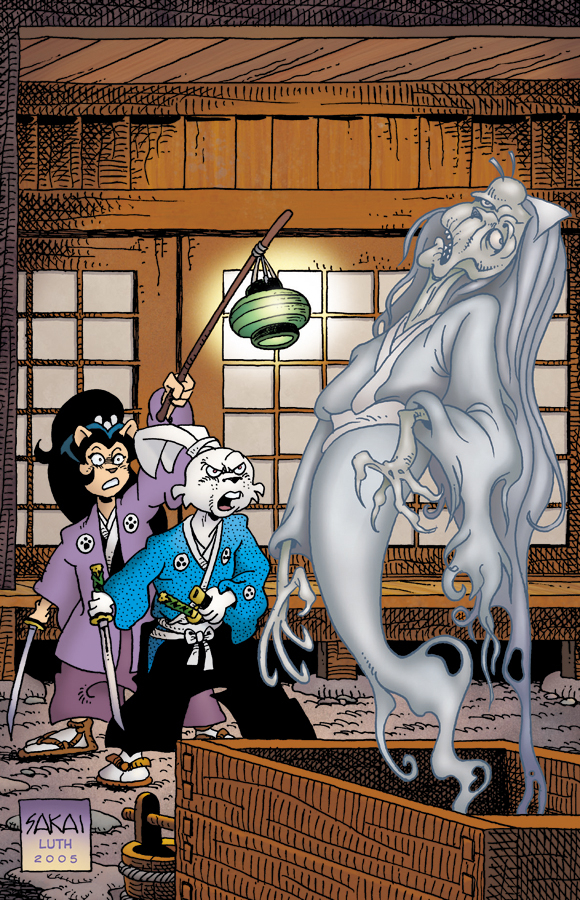 NOV050033
(W) Stan Sakai (A/CA) Stan Sakai
Master cartoonist Stan Sakai digs into a ghost story in this issue of Usagi Yojimbo! Shortly after escaping their enslavement at the territory's edge, Usagi and the Geishu bodyguard Tomoe return to Lord Noriyuki's castle only to be greeted by a savage murder. The victim was a member of a trade delegation sent by Lord Kojima, and all evidence implicates a maid who died ten years ago! Unless Tomoe and the long-eared ronin can solve this mystery, treaty negotiations will dissolve completely ... and another throat may be clawed out. What is the dark story behind the ghost of Geishu Castle? The hauntings begin in this first half of a two-part story, "The Ghost in the Well"!

Usagi Yojimbo was nominated for four Eisner Awards in 2005, including Best Writer/Artist for Sakai!