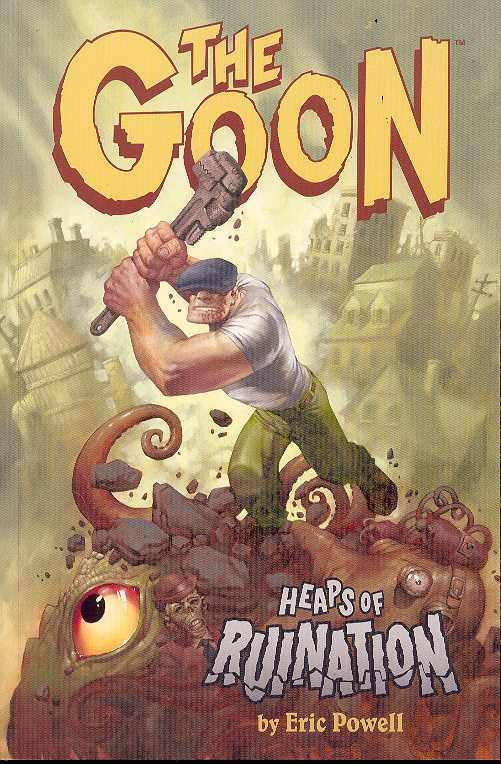 NOV040037
(W) Eric Powell (A/CA) Eric Powell
ERIC POWELL (W/A)
Beware all undead minions and other variegated doers of badness! Rouse up trouble with the honest folks of Lonely Street and it's the Goon you'll answer to! Robot or alien, werewolf or vampire, zombie or gorilla (or zombie-gorilla), it makes no difference to the Goon-he'll serve you up a mouthful of broken teeth right quick, as evidenced by the fine tales collected in this fine volume-the third in the ever-expanding line chronicling the triumphs and tragedies of the lone man brave enough to stand against the Zombie Priest and his ghoulish army of ... um ... ghouls. Collecting issues #5-#8 of the bi-monthly series. This volume also includes a very special guest appearance by Hellboy co-written and drawn by award-winning Hellboy creator, Mike Mignola!
The Goon won a 2004 Eisner Award!