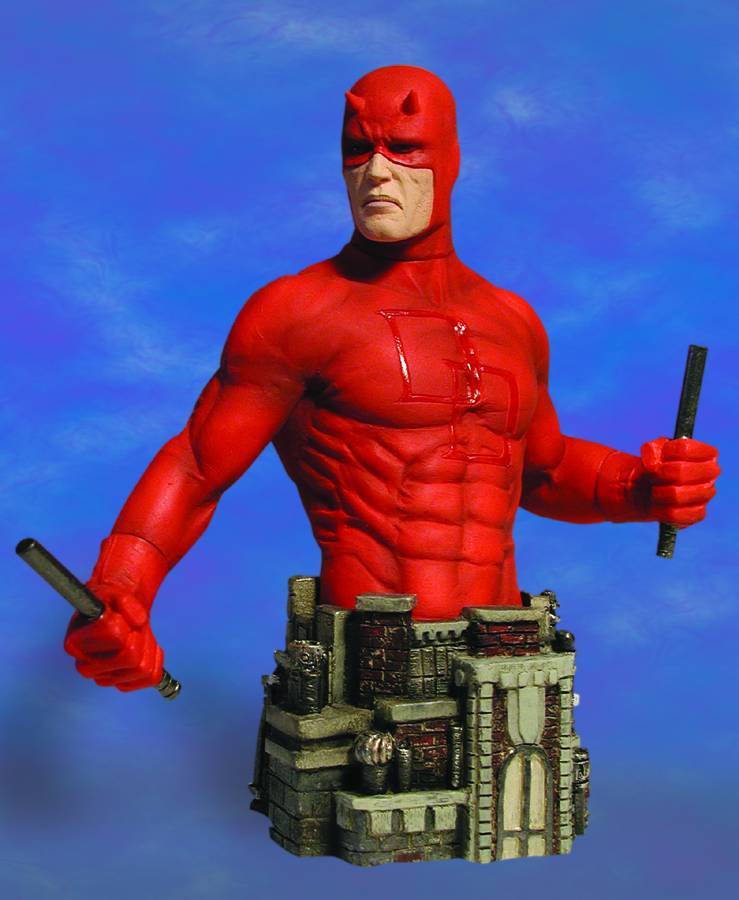 NOV022237
A Diamond Select Release! Here comes the third release in Diamond Select's Marvel Universe bust series, this time capturing the Man Without Fear himself, Daredevil! Blinded in a freak traffic accident years earlier when he was struck by a canister of radioactive material, Matt Murdock soon learned that although he could no longer see, his other senses had been somehow hyper-intensified, allowing him to "see" using his other senses. Sculpted by Jeff Feligno, Daredevil is captured in a battle-ready pose, the two halves of his billy club held in either hand, ready to dole out his brand of justice. This bust measures 6" in height (including the New York skyline display base) and is limited to 7,500 pieces. Each bust is accompanied by a full-color, hand-numbered Certificate of Authenticity. Guaranteed on sale in February 2003.