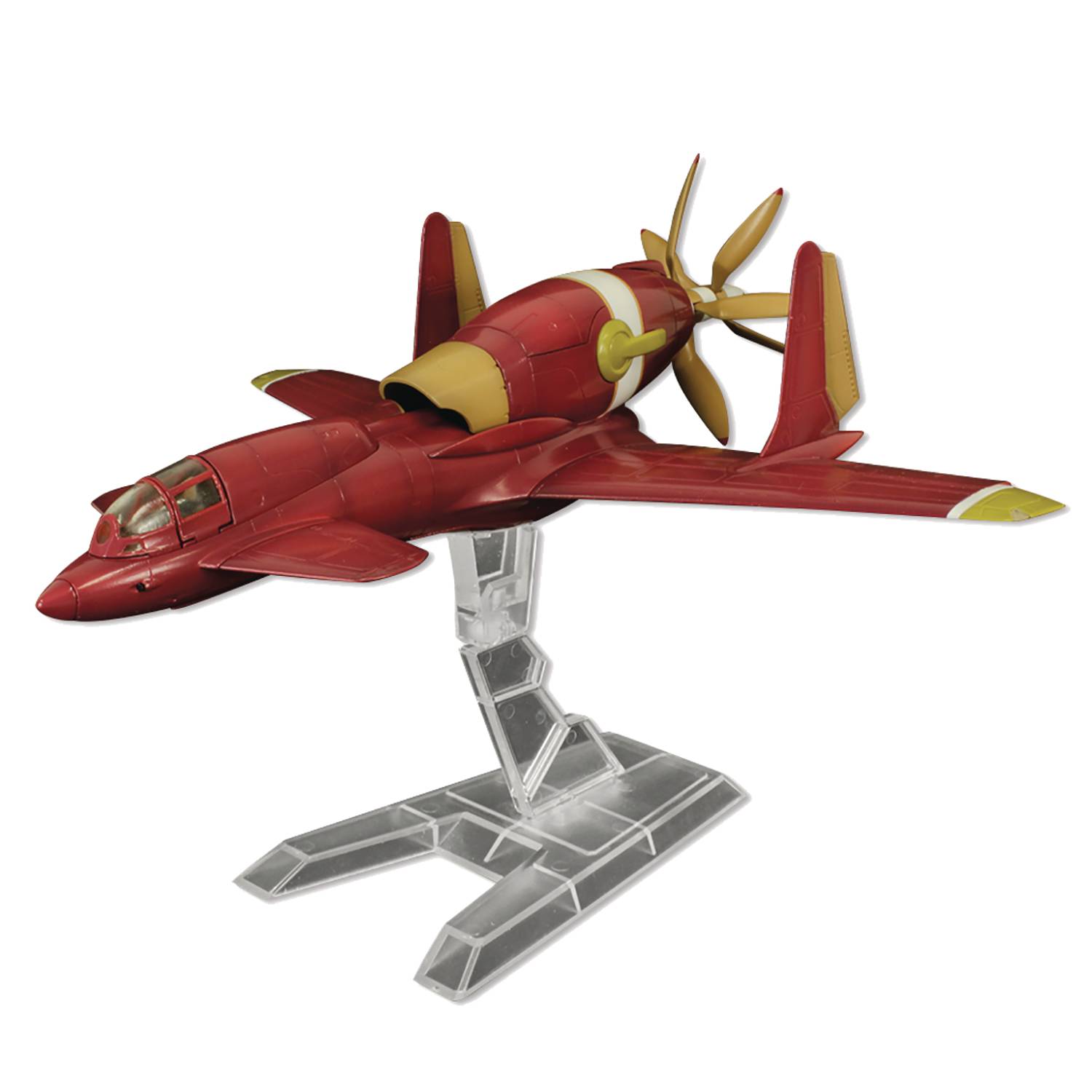 # # # # # #
MAY229640
From PlumPOMA. The iconic anime film Royal Space Force: The Wings of Honneamise was released in 1987, making 2022 its 35th anniversary year!  Celebrate with this amazing kit of the Kingdom of Honneamise Air Force Fighter 3rd Schira - DOW! The unique streamlined design and the characteristic features like the double propeller in back are carefully reproduced, and parts to depict the cockpit open and the ladder deployed for boarding are also included. The kit can be assembled in flight, or with the landing gear down (although it can't be changed from one mode to another once assembled; it needs to be assembled in one or the other mode).