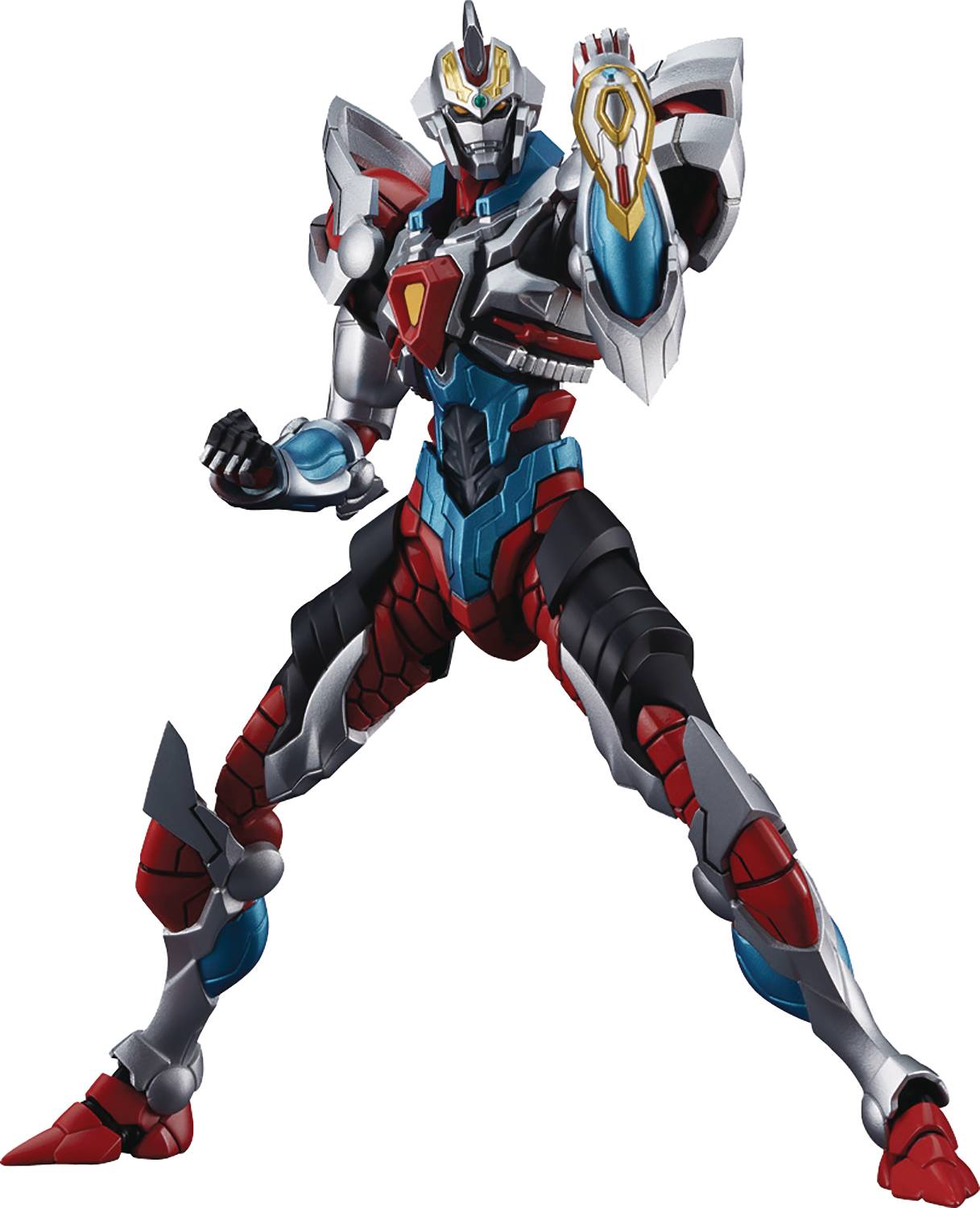 # # # # # #
MAY228906
From Orange Rouge. From the anime series SSSS.GRIDMAN comes a new version of figma Gridman featuring armor in a different color! Using the smooth yet posable joints of figma, you can create a variety of heroic poses. Gridman Calibur and a Grid Light Saber slash effect part are included, along with both a standard blade and forced-perspective blade. An articulated figma stand is also included, allowing for all sorts of different poses! This product uses the mold of figma Gridman, which was released in 2019, with the addition of new paintwork and some new parts!