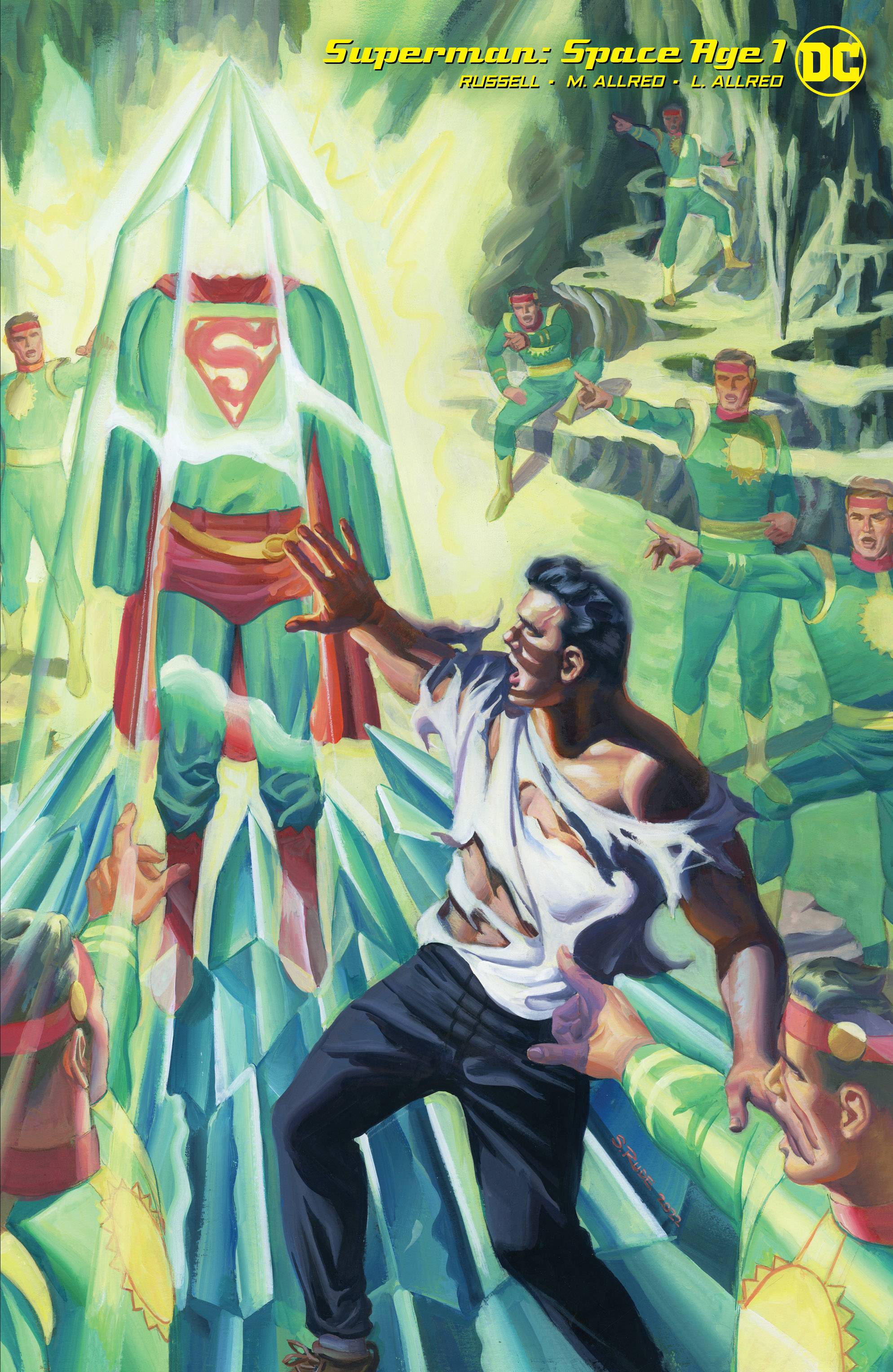 #
MAY223276
(W) Mark Russell (A) Mike Allred
Meet Clark Kent, a young reporter who just learned that the world will soon come to an end (Crisis on Infinite Earths) and there is nothing he can do to save it. Sounds like a job for his alter ego...Superman! After years of standing idle, the young man from Krypton defies the wishes of his fathers to come out to the world as the first superhero of the Space Age. As each decade passes and each new danger emerges, he wonders if this is the one that will kill him and everyone he loves. Superman realizes that even good intentions are not without their backlash as the world around him transforms into a place as determined to destroy itself as he is to save it. Uniting the critically acclaimed writer Mark Russell (One-Star Squadron, The Flintstones) and Eisner-winner Mike Allred (Silver Surfer, Bowie: Stardust, Rayguns & Moonage Daydreams) for the first time, this series promises fans an unforgettable journey through U.S. history and culture starring our beloved characters.
In Shops: Jul 26, 2022
SRP: $9.99
View All Items In This Series
ORDER SUBSCRIBE WISH LIST