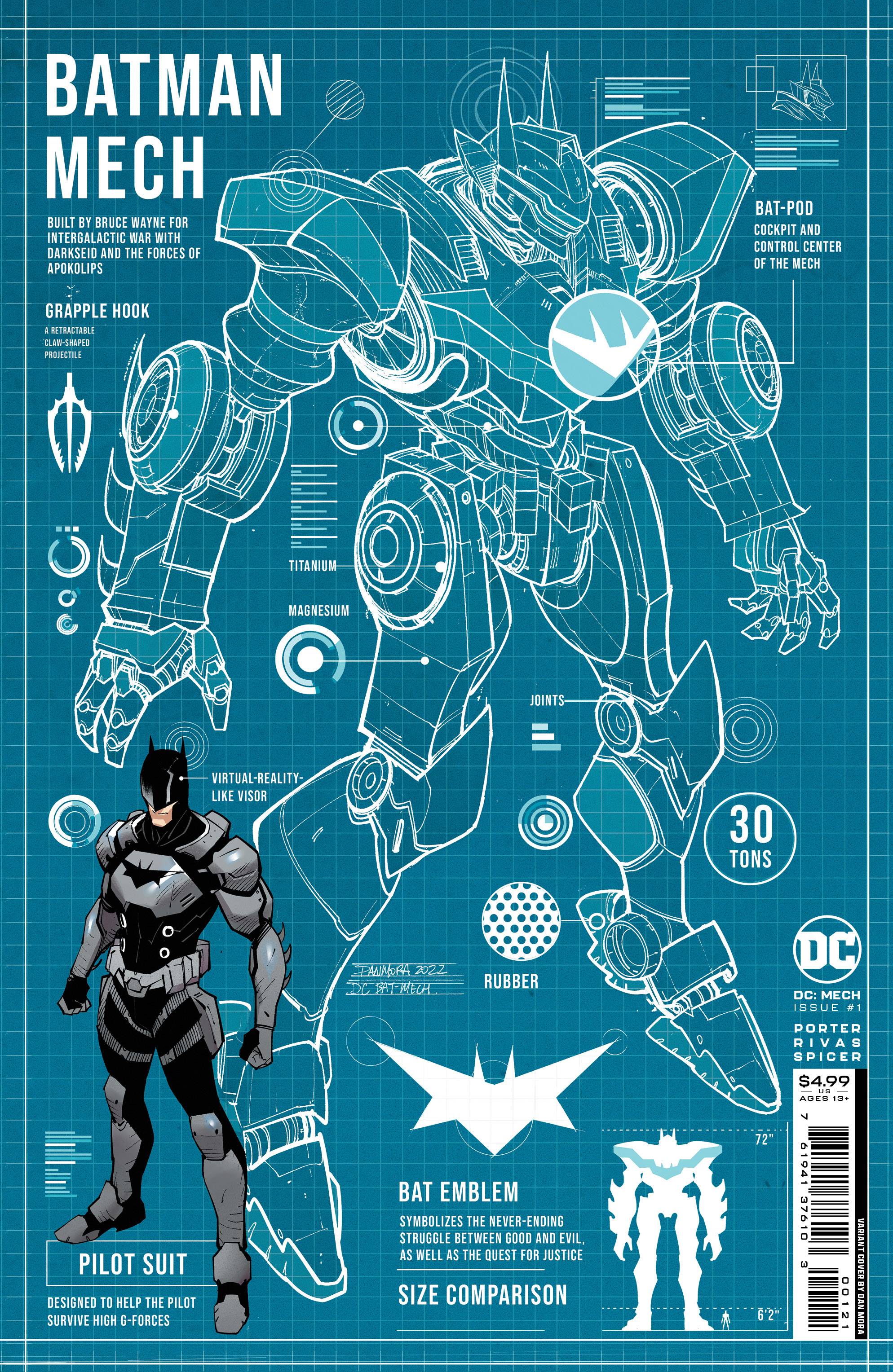 #
MAY223268
(W) Kenny Porter (A) Baldemar Rivas
At the end of World War II, Earth was invaded by giant mechanized parademons from a planet called Apokolips. Earth's protectors, the Justice Society of America, were devastated, and with them, the age of superheroes came to an end and the era of the Mech began. In the ensuing years, the world has stockpiled colossal battle suits piloted by elite warriors, waiting for the day Apokolips returns. But when Kal-El, the last son of a dying world, crash-lands in Metropolis with his own war suit, he'll face down two of Earth's finest Mech fighters, the Flash and Batman. The dawn of a brave new mechanized DCU is here from the rising star creative team of Kenny Porter (The Flash: The Fastest Man Alive, Fearless) and Baldemar Rivas (Robins, Batman: Urban Legends).
In Shops: Jul 26, 2022
SRP: $4.99
View All Items In This Series
ORDER SUBSCRIBE WISH LIST