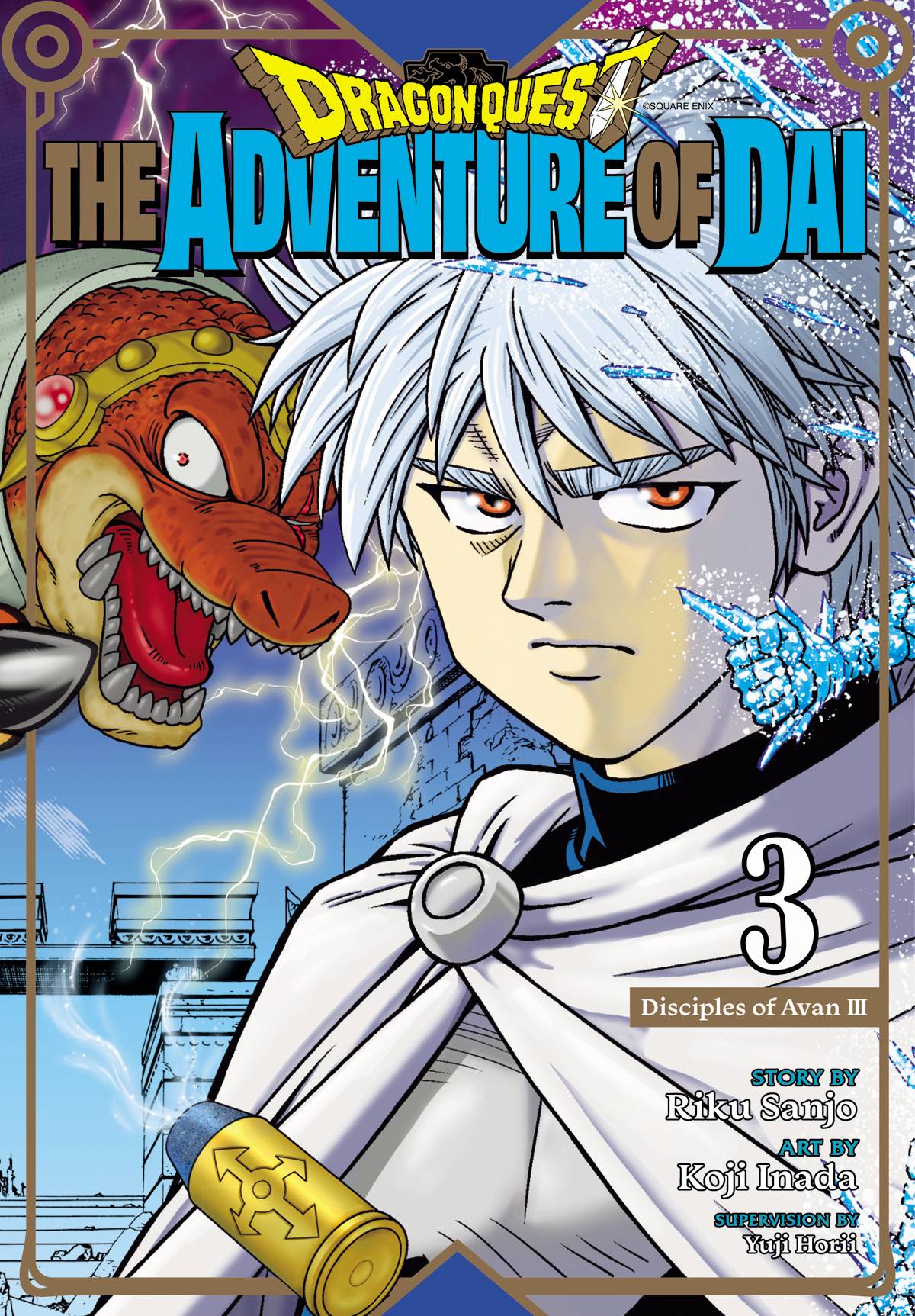 #
MAY221935
(W) Riku Sanjo (A) Koji Inada
Begin the adventure of a lifetime in this classic fantasy series set in the world of the legendary Dragon Quest video games!
Raised by monsters in a battle-scarred world, Dai has the heart of a hero! He sets off on a grand journey with brave friends, traveling the world to take down the Dark Lord's minions. Along the way, Dai must awaken the hero he was meant to be and master his dormant powers.
In the Underground Palace, Hyunckel, who has a grudge against Avan, leads the Undead Legion. Dai, Popp, and Maam arrive in Papnica only to find the Undead Legion has devastated Princess Leona's homeland! Meanwhile, the Blizzblaze Legion's Flazzard schemes to gain status among his rival Dark Army commanders.
In Shops: Jul 13, 2022
SRP: $19.99
View All Items In This Series
PREORDER SUBSCRIBE WISH LIST