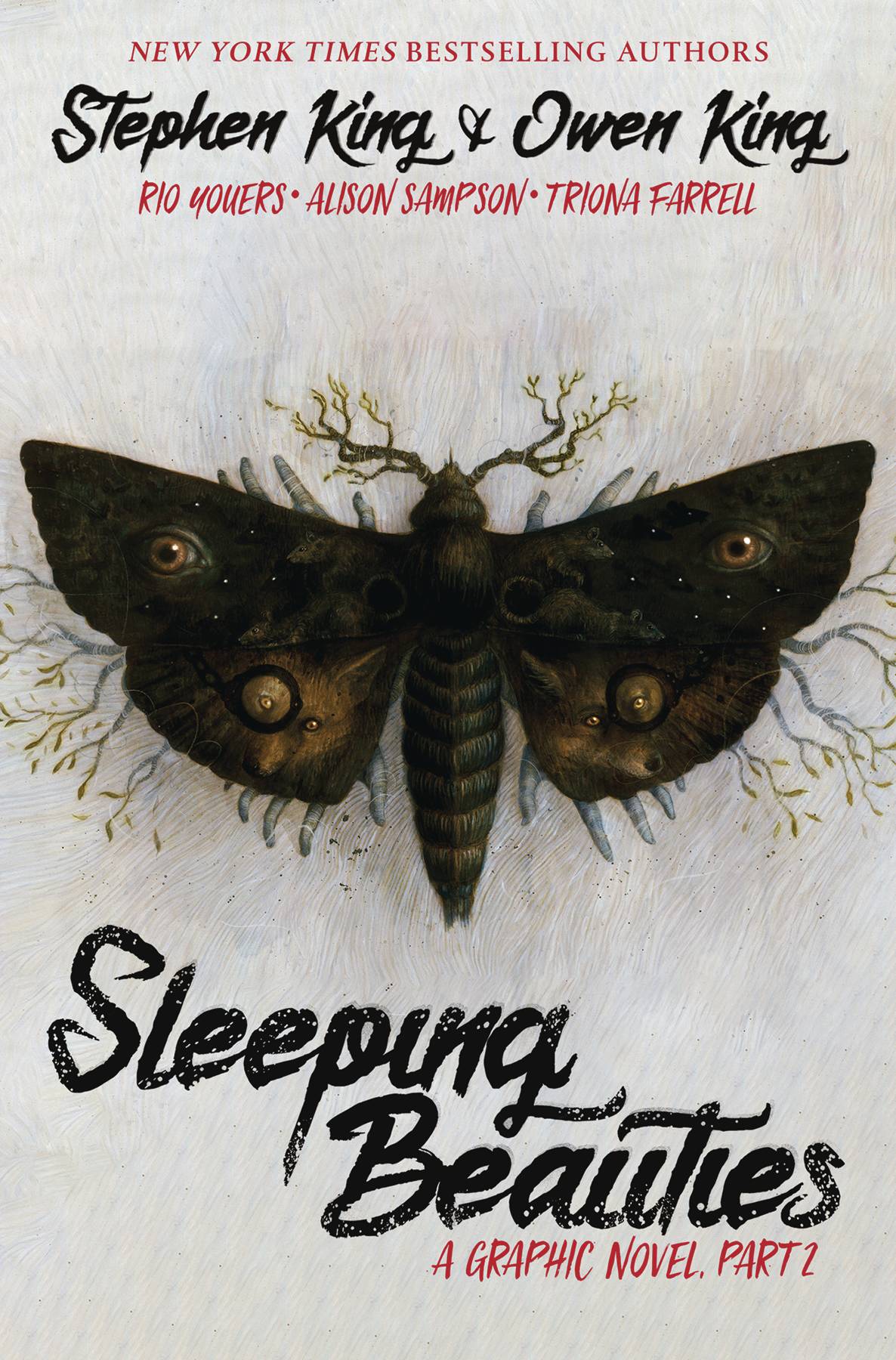 #
MAY221550
(W) Stephen King, Owen King, Rio Youers (A) Alison Sampson (CA) Jenn Woodall
The mysterious plague known as Aurora has blanketed the world, and, to the men, all but a handful of sleep-deprived women seem trappedseemingly endless slumber. In reality, their minds have been transported to a strange, utopic dream world. It's a world where small-town sheriff Lila Norcross and the other women can build their own society. And from which they might not want to wake. In the real world of Dooling, West Virginia, Lila's husband, beleaguered prison psychiatrist Clint Norcross, is struggling. He's trying to protect the woman called Eve Black from the ill-thought-out actions of increasingly desperate men. But Eve, as the only woman capable of waking up, has her own plans: a test with global consequences. A test Clint will have to pass if he ever hopes to see his wife again. Collects Sleeping Beauties #6-10.
In Shops: Jul 27, 2022
SRP: $19.99
View All Items In This Series
PREORDER SUBSCRIBE WISH LIST