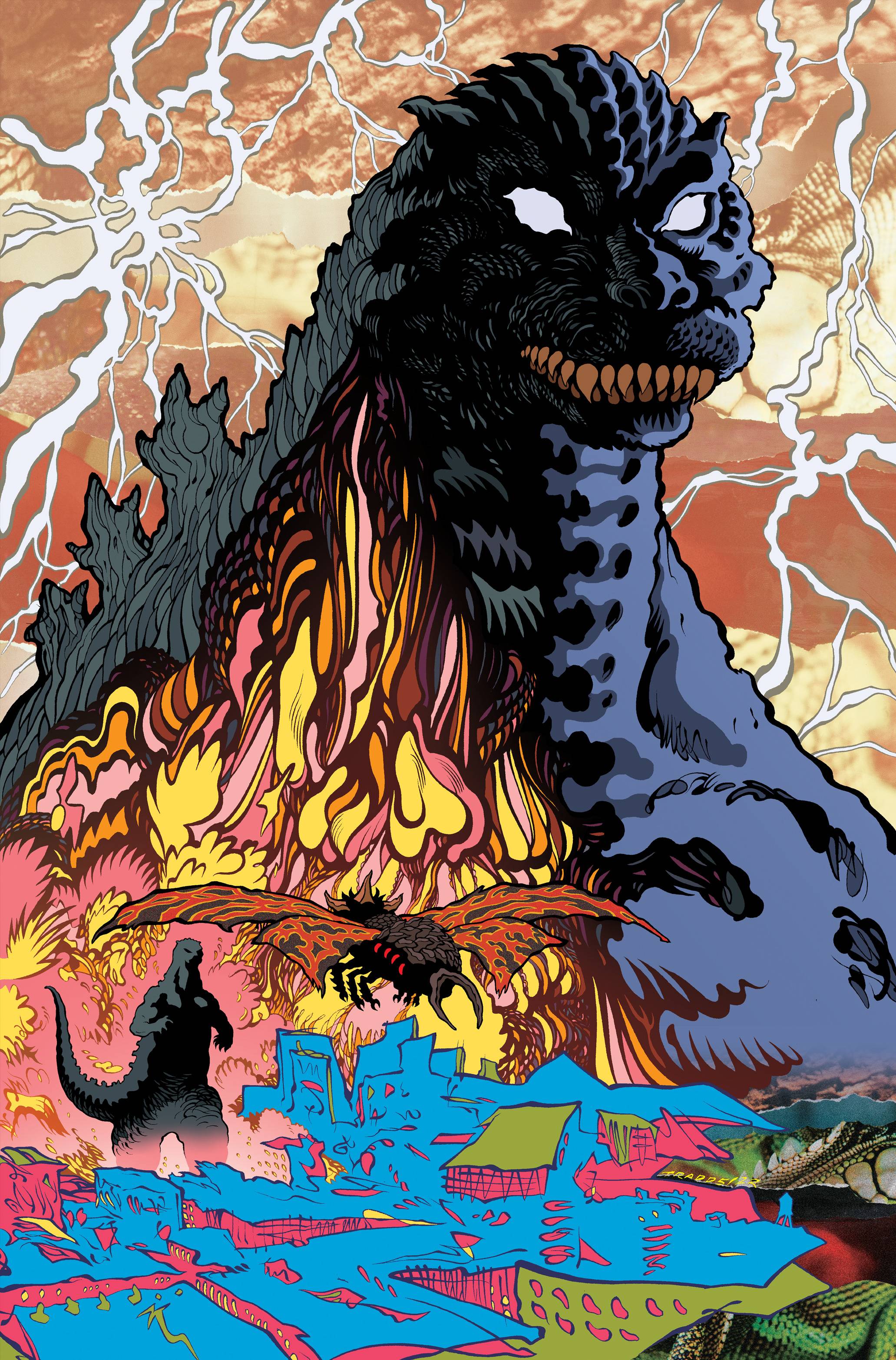 #
MAY221541
(W) Rosie Knight (A/CA) Oliver Ono
In a quiet beachside town ravaged by constant sewage spillages and toxic waste dumps, something is stirring. Deep under the rolling hills that surround Hackney-on-Sea, Battra is awakening, driven by a single goal: to destroy mankind and save planet Earth. The only thing that can stop the monster is Godzilla, but he hasn't been seen in decades and has never ventured to the cold shores of the English coast...until now.
Robbie runs a small bookshop, but her real passion is monsters. She's spent years researching the myth of Godzilla and his fearsome foes, and now that hypothetical experience is about to become a life-saving tool. Can Robbie locate Godzilla? Will Godzilla alone be enough to defeat Battra? Is Battra really wrong? And will the goddess Mothra make an appearance? All will be revealed in Godzilla Vs. Battra.
In Shops: Aug 03, 2022
SRP: PI
ORDER WISH LIST