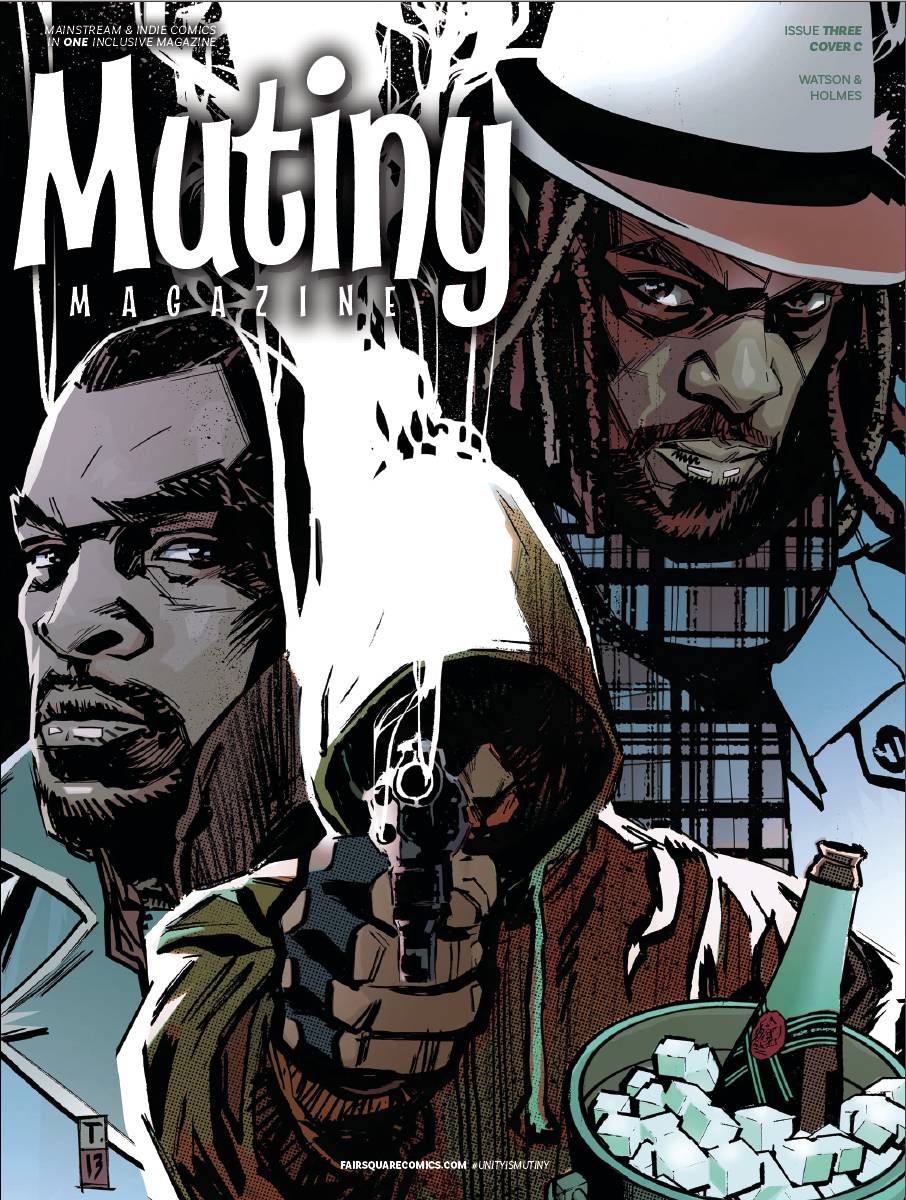 #
MAY221457
(W) VARIOUS (A) VARIOUS (CA) Tomm Cocker
Can you count to three? We can too! This Summer, MUTINY MAGAZINE is back, stronger than a blockbuster. Packed with its in-depth interviews, features and up to 50 pages of original creator owned comic stories from independent creators! Highlights include the return of the NO FUTURE series (by Eder Messias & Fabrice Sapolsky), a long conversation with comic book heavyweight JASON AARON AVENGERS, CONAN, SOUTHERN BASTARDS), a bold new creator owned story from DJIBRIL MORISSETTE PHAN called "The Eternal Winter", a never seen before tale of Eisner nominated and Glyph Awards winning series WATSON & HOLMES, a legendary French hero published in the US for the first time EVER and so much more!
MUTINY MAGAZINE is the only publication finally bringing all comics under one roof, indie and mainstream, all genres, creators from all over the world with an inclusive mindset.
This issue comes with FIVE exclusive covers from Marcus Williams (TUSKAGEE HEIRS), Djibril Morissette Phan (ALL-NEW WOLVERINE, GLITTERBOMB, WINTER GUARD), Tomm Cocker (BLACK MONDAY MURDERS), Stephanie 'Lucky Star' Lavaud (MONEY SHOT) and a mystery superhero cover by Paul Renaud (AVENGERS, X-MEN).
In Shops: Jul 27, 2022
SRP: $15.00
View All Items In This Series
ORDER SUBSCRIBE WISH LIST