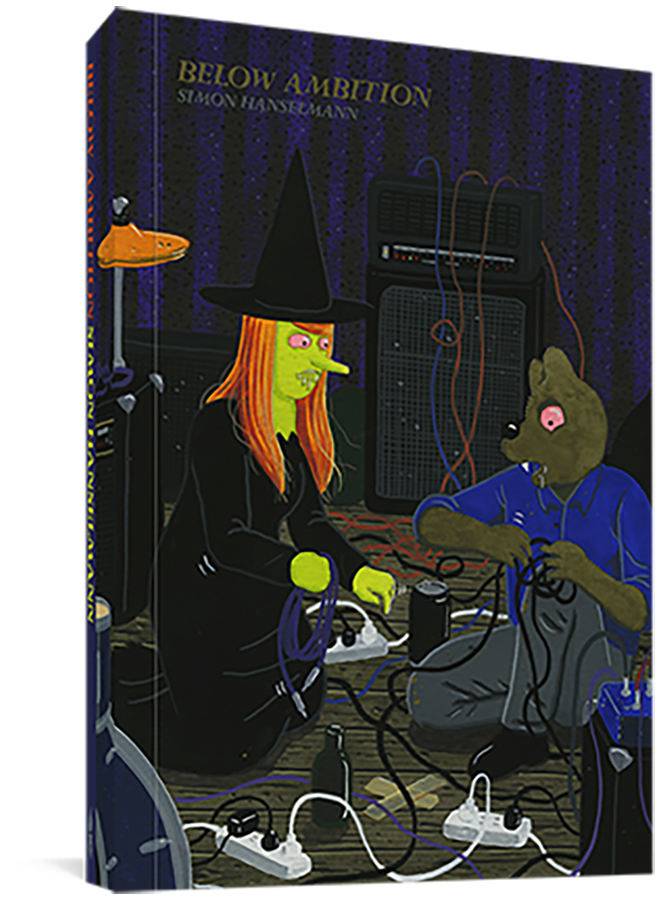 #
MAY221415
(W) Simon Hanselmann
Megg and Werewolf Jones are Horse Mania. Horse Mania is a test of the
audience's patience, proudly the "worst band in town," existing within
and operating far below the status quo of ambition. Join the musicians as
they battle through shoddy, distracted practice sessions, a squalid house
show, and a doomed interstate tour. Watch as they drunkenly flail through
their sets amidst toothaches, nervous breakdowns, hobby forms, suicide
attempts, mounting hatred, and a galaxy of benzos. This is music and
performance in its most primal, multifaceted, and pure form. Feel the
tension. See the dirty looks. Taste the pain. Smell the depravity. Hear the
veiled beauty. Horse Mania wants you to lose your mind.
Below Ambition is a mediation on youth, performance, and memory as only the
best comedic writer in comics is capable.
Simon Hanselmann hails from Tasmania but resides with his family in Los Angeles,
CA. His bestselling New York Times series Megg, Mogg and Owl has been translated
into thirteen languages, nominated for multiple Ignatz and Eisner awards, and won
Best Series at the Angoulême International Comics Festival in 2018.