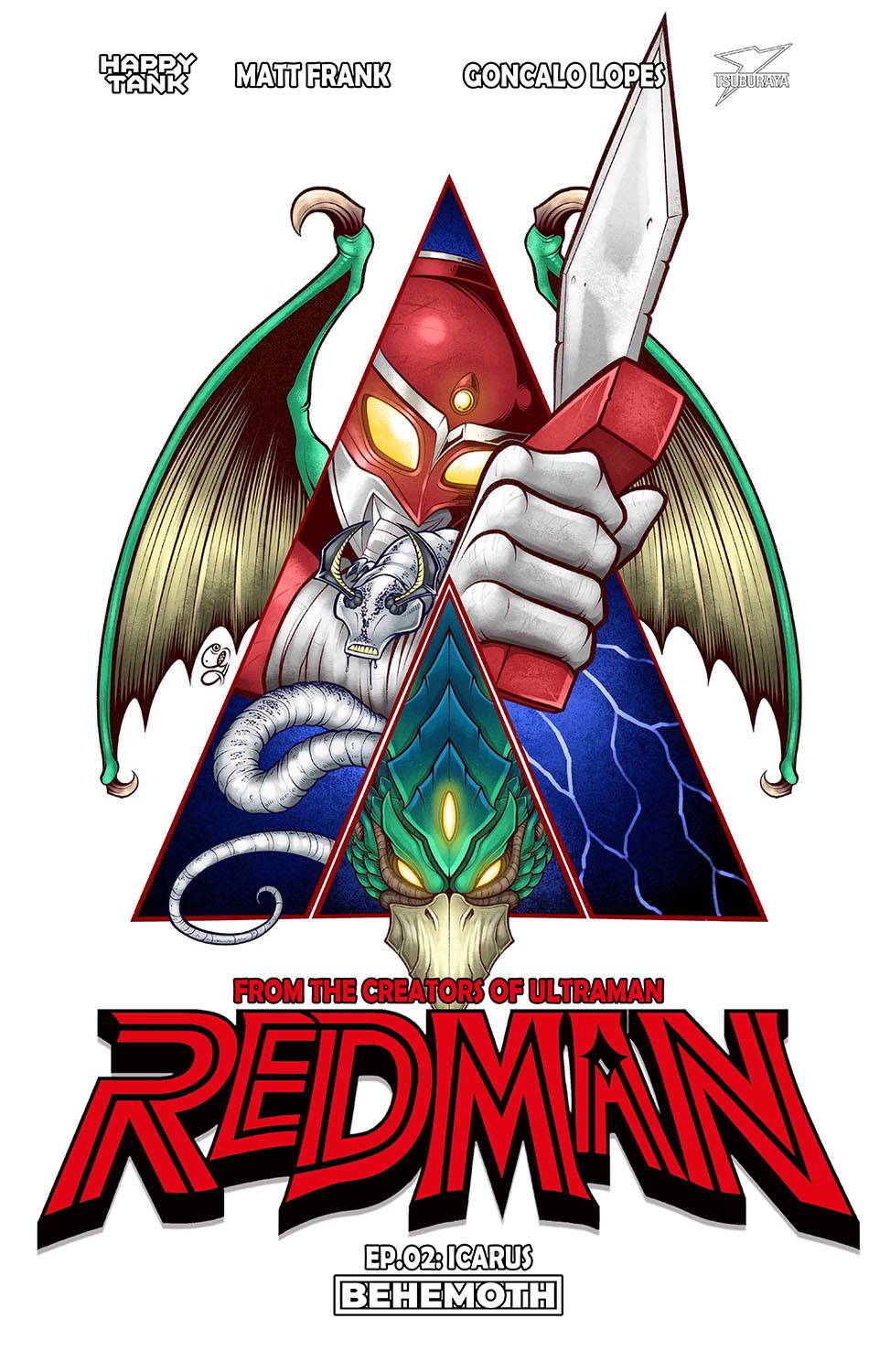 #
MAY221270
(W) Matt Frank (A) Matt Frank, Christian Gonzalez
From the studio that created the cult TV show Ultraman (Now a Marvel Comics series and Netflix Show). Here is Redman, the Kaiju Hunter...