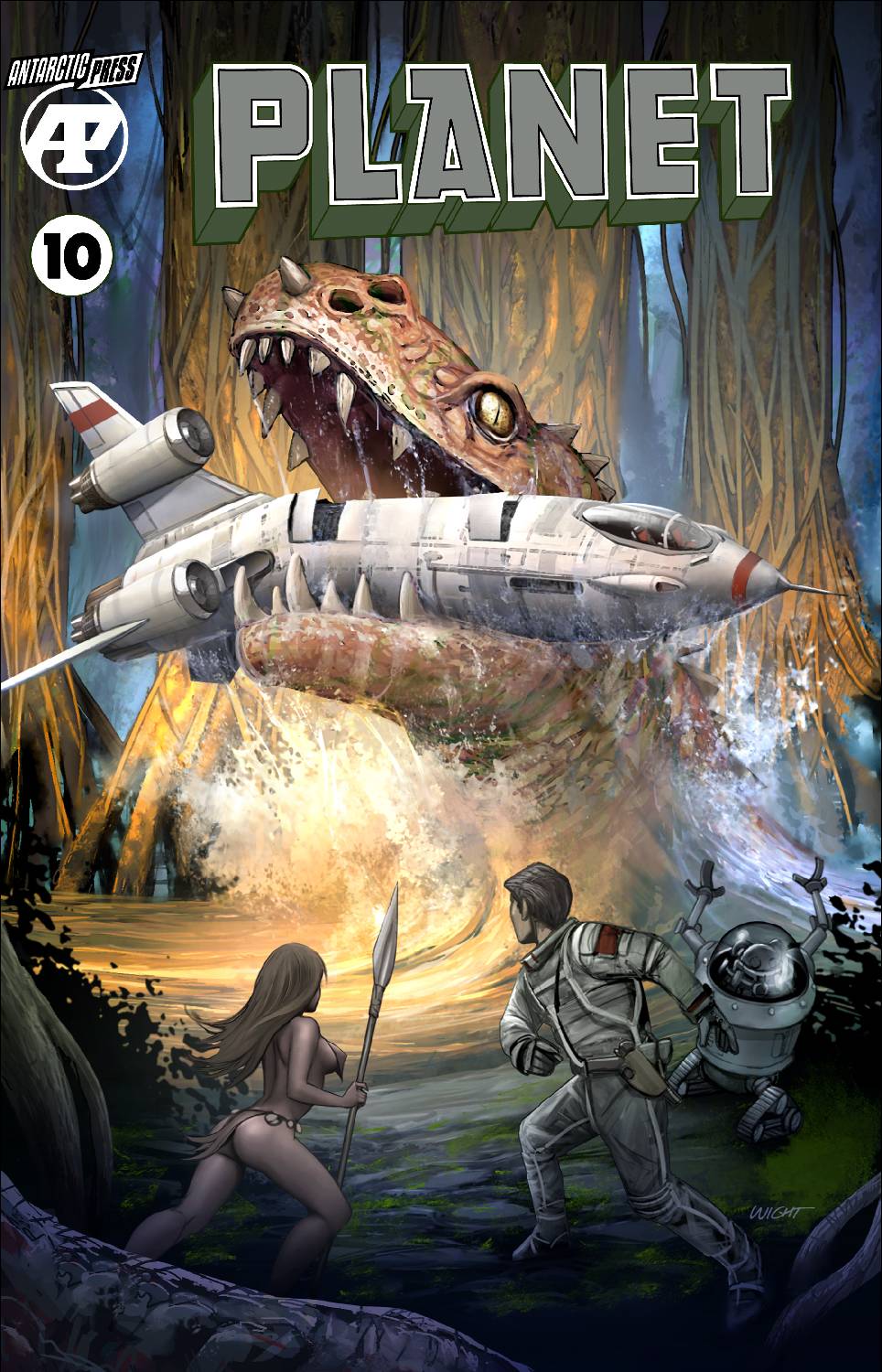 #
MAY221182
(W) Various (A) VARIOUS (CA) Joe Wight
"Lords of the Cosmos: Knights Out" (Jason Lenox, D.W. Kann): Before the Lords of the Cosmos protected planet Aiden, there were the Rainbow Knights.  But one of them, Black Glass, became Obsidia and betrayed her sisters to the Disciples of Umex.   "Water Wars" (Deivid Deon, Timothy B. Fling): Rescued by an unknown benefactor, a young woman has been changed fundamentally in order to join a battle to destroy the oppressive cyborg gang that threatens her city.  "Five of One, Half a Dozen of Another!" (Dan Johnson, Dann Phillips): On a world that appears devoid of intelligent life, a crew from Earth uncover an alien threat, but something about their current situation just doesn't add up. "Robot" (Marcello Bondi, Vincenzo Michieli): The workforces' worst fears are true: Robots are coming to take their jobs!

A new Planet variant cover by art master Joe Wight!  You said a mouthful!  A valiant crew faces the jaws of death on a distant planet, perhaps undiscovered within our own Solar System.  If you can, escape the gravity well of this deadly world...and head for your comic shop to reserve your copy today!
In Shops: Aug 31, 2022
SRP: $9.99
View All Items In This Series
ORDER SUBSCRIBE WISH LIST