AFTER THE RAIN GN 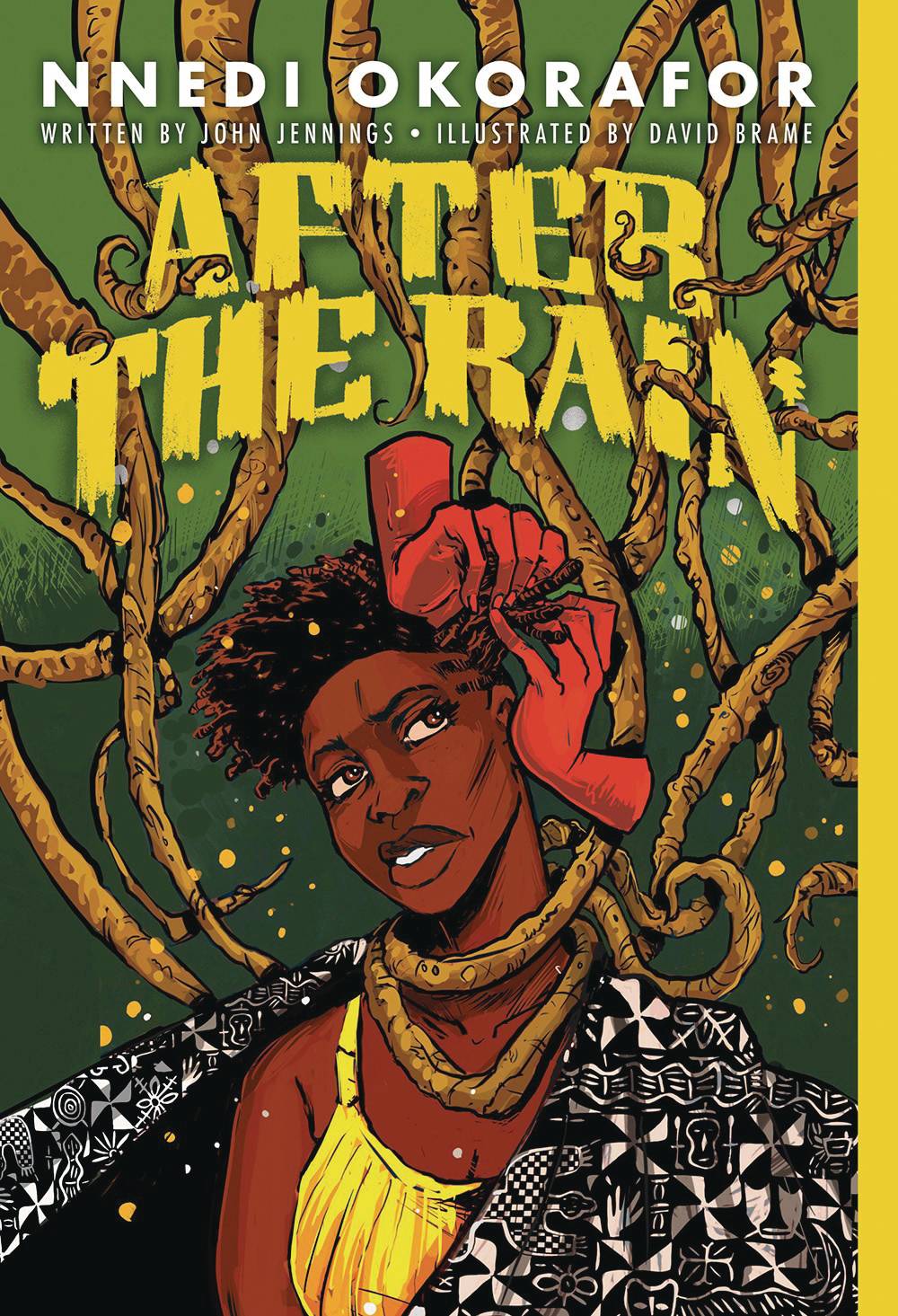 #
MAY221092
(W) Nnedi Okorafor (A) David Brame, John Jennings
After the Rain is an adaptation of Nnedi Okorafor's short story, "On the Road." The adaptation, written by John Jennings and illustrated by David Brame, begins in Nigeria during a powerful and unexpected storm. While visiting her grandmother, a young Nigerian-American woman named Chioma answers a knock at the door and is horrified by what she sees-a young boy with a severe head wound is standing on the doorstep. When he touches Chioma, his hand burns like fire and just as suddenly as he arrived, he disappears. Her grandmother comes down to see what is wrong and chastises Chioma for opening the door for a stranger. Outside there are only footprints in the mud which vanish in the same manner as their owner.Chioma knows that something is wrong, and that the boy has "marked" her in some way. Haunted and hunted, Chioma must embrace her heritage in order to survive.