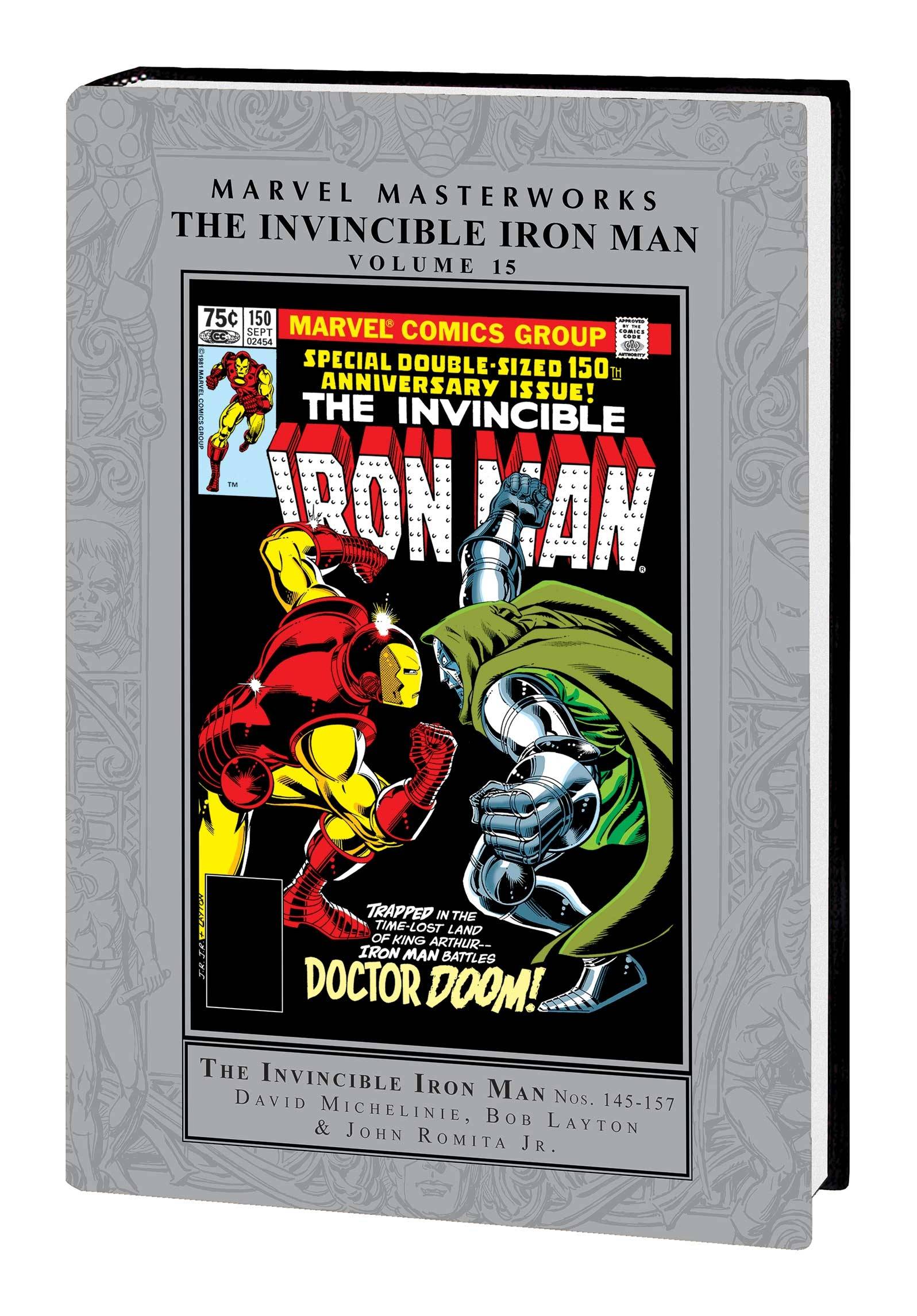 #
MAY221023
(W) David Michelinie, Various (A) Various (A/CA) John Romita Jr.
The hall of fame creative trio of Michelinie, Layton and Romita Jr. concludes its classic tenure with a run of stories that pushes the Armored Avenger to his limits! Tony Stark isn't the only one constantly upgrading his tech when Whiplash returns with a fearsome set of augmented powers and a new codename: Blacklash! Then Ant-Man takes his I.T. role at Stark International to super-heroic lengths! And what happens when Doctor Doom and Iron Man travel back in time to the era of King Arthur's Camelot? These two armored titans square off in "Doomquest!" Plus: The Living Laser, the Mauler and the Unicorn return to menace our man Stark. And wait until you see Iron Man's awesome new stealth armor! Collecting IRON MAN (1968) #145-157.
Rated T+
In Shops: Nov 16, 2022
SRP: $75.00
View All Items In This Series
ORDER SUBSCRIBE WISH LIST