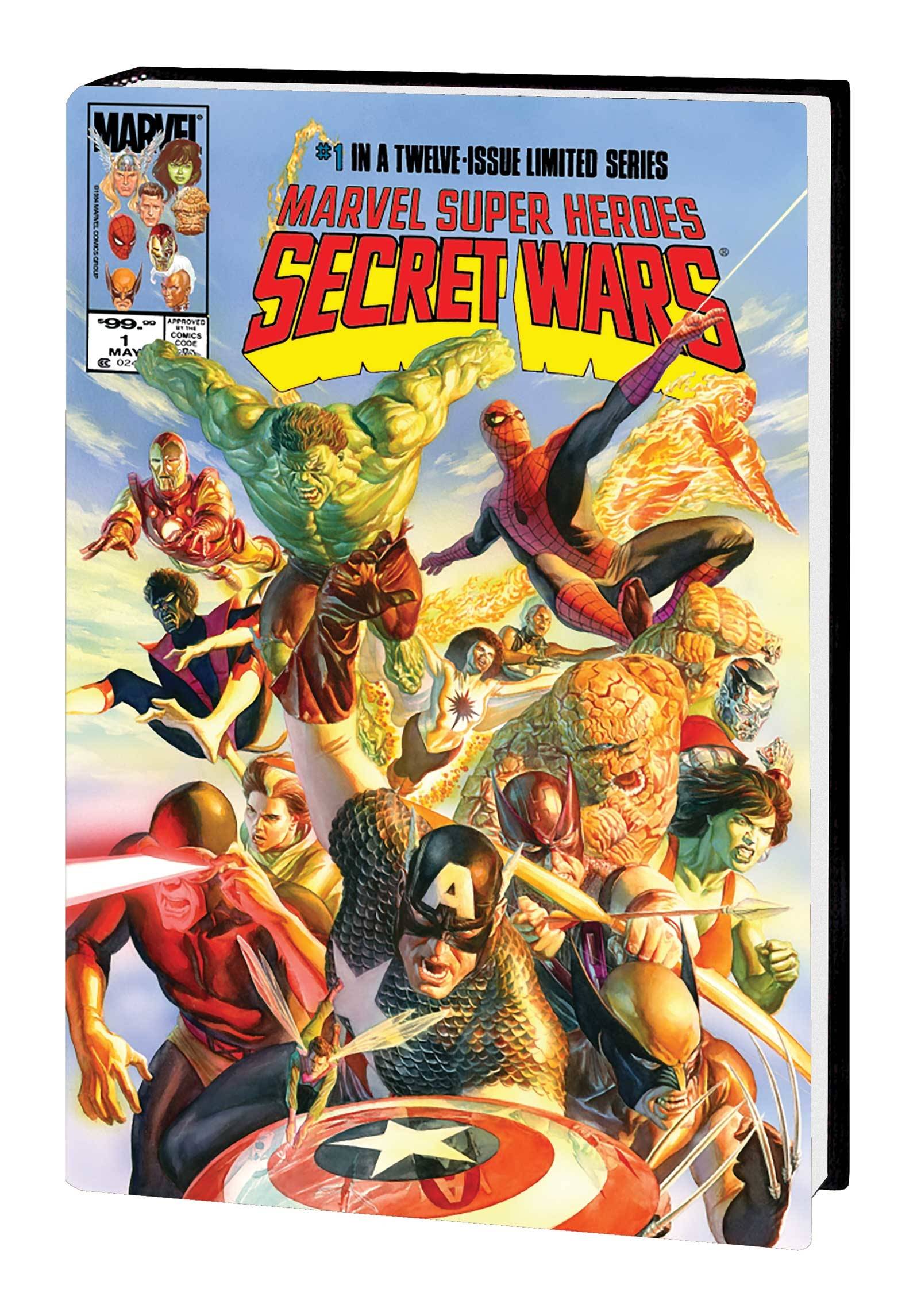 #
MAY221022
(W) Jim Shooter, Various (A) Mike Zeck, Various (CA) Alex Ross
Drawn from Earth across the stars, the Marvel Universe's greatest heroes and villains are set against one another by the mysterious and all-powerful Beyonder - with the winner promised the ultimate prize! But as battle lines are drawn, new alliances are forged and old enemies clash, one among them is not willing to settle for anything less than godhood. Can even the combined might of the Avengers, Spider-Man, the Fantastic Four and the X-Men prevent Doctor Doom from becoming the most powerful being in the universe? The greatest super hero war of all time is collected alongside an untold chapter of Thor's time on Battleworld, Titania's incredible origin and "What If?" tales that offer very different endings to the Secret Wars! Collecting MARVEL SUPER HEROES SECRET WARS #1-12, THOR (1966) #383, SHE-HULK (2004) #10 and WHAT IF? (1989) #4 and #114.
All Ages
In Shops: Nov 23, 2022
SRP: $75.00
ORDER WISH LIST