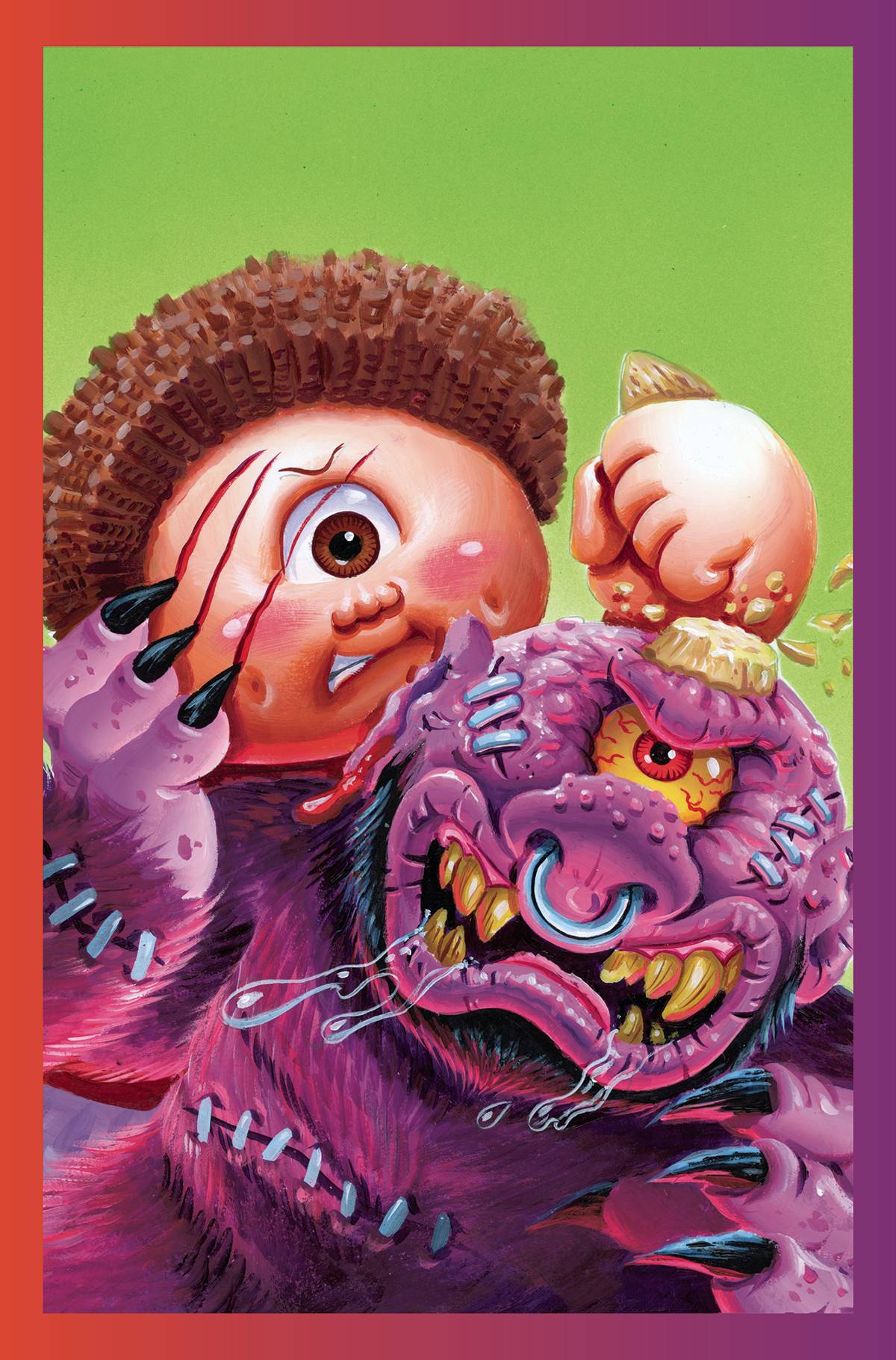 #
MAY220586
(W) Sholly Fisch (A) Jason Crosby
For the first time ever, the "heavyweights of gross" have combined forces in a massive merchandising blitz that pits the Madballs against the Garbage Pail Kids-winner take all! As part of this blitz, Dynamite presents the comic book crossover of these iconic 1980s brands!
For over three decades, Madballs and GPK have both been known as the "grossest of the gross," co-ruling counterculture with their pun-heavy names and subversive humor. This all-new limited series event presents the first time these two delightfully crude forces have ever crossed paths!
Written by Sholly Fisch, each issue features three incredible covers by legendary Garbage Pail Kids artist Joe Simko, series artist Jason Crosby, and a special trading card team-up cover created specially for this momentous meeting of the (depraved) minds!
As the original "gross out" brand of the 1980s, Topps released its Garbage Pail Kids series of trading cards in 1985, featuring hilariously revolting characters with appropriately irreverent names. Fifteen different card series were produced over the next three years, in addition to a Garbage Pail Kids animated series and a full slate of globally-licensed consumer products, with ongoing product lines that continues to the present day. For its part, Madballs launched its irregularly shaped toy foam balls in 1986, featuring its own proprietary and often-socially inappropriate characters with ghastly faces, grotesque names, and disruptively funny attitudes to match. Madballs went on to sell tens of millions of toys, inspire a series of animated specials, and launch an extensive consumer products program that included comic books, softlines, video games, collectibles, seasonal items, and back-to-school products.
Writer Sholly Fisch's credits run the gamut from Superman to Star Wars to Scooby-Doo, and from Clive Barker's Hellraiser to Looney Tunes. His comics for kids have won a Comics Buyer's Guide Fan Award, and been nominated for an Eisner Award and two Diamond Gem Awards, while several of his stories for older readers were included in the #1 New York Times bestselling graphic novel collections of Action Comics.
In Shops: Aug 31, 2022
SRP: $100.00
View All Items In This Series
ORDER SUBSCRIBE WISH LIST