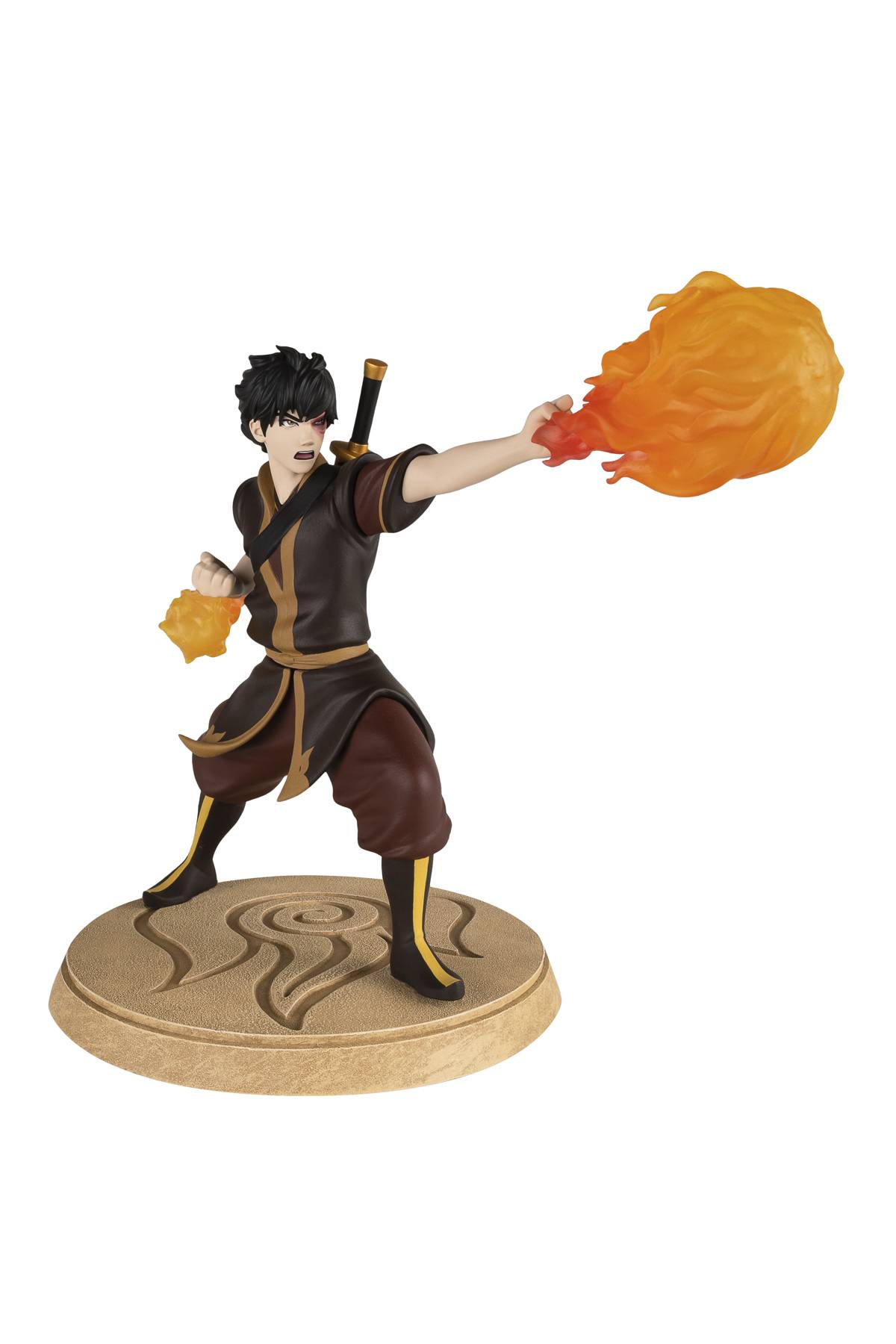 #
MAY220510
Dark Horse Comics, in partnership with Nickelodeon, are proud to announce our high-end figure line based on the hit series Avatar: The Last Airbender. These deluxe hand-painted plastic figures feature each character showcasing their ability to manipulate an elemental, known as bending. The base of each figure also features the symbol of their respective bending style.

Firebending master and prince of Fire Nation, Zuko, was originally the bitter enemy of the Avatar and his friends. After much internal struggle and turmoil, he comes to reject his father's ideal of conquering the nations of the world. Now a lifelong friend and mentor to the Avatar, he strives to end the war and restore the honor of the Fire Nation.