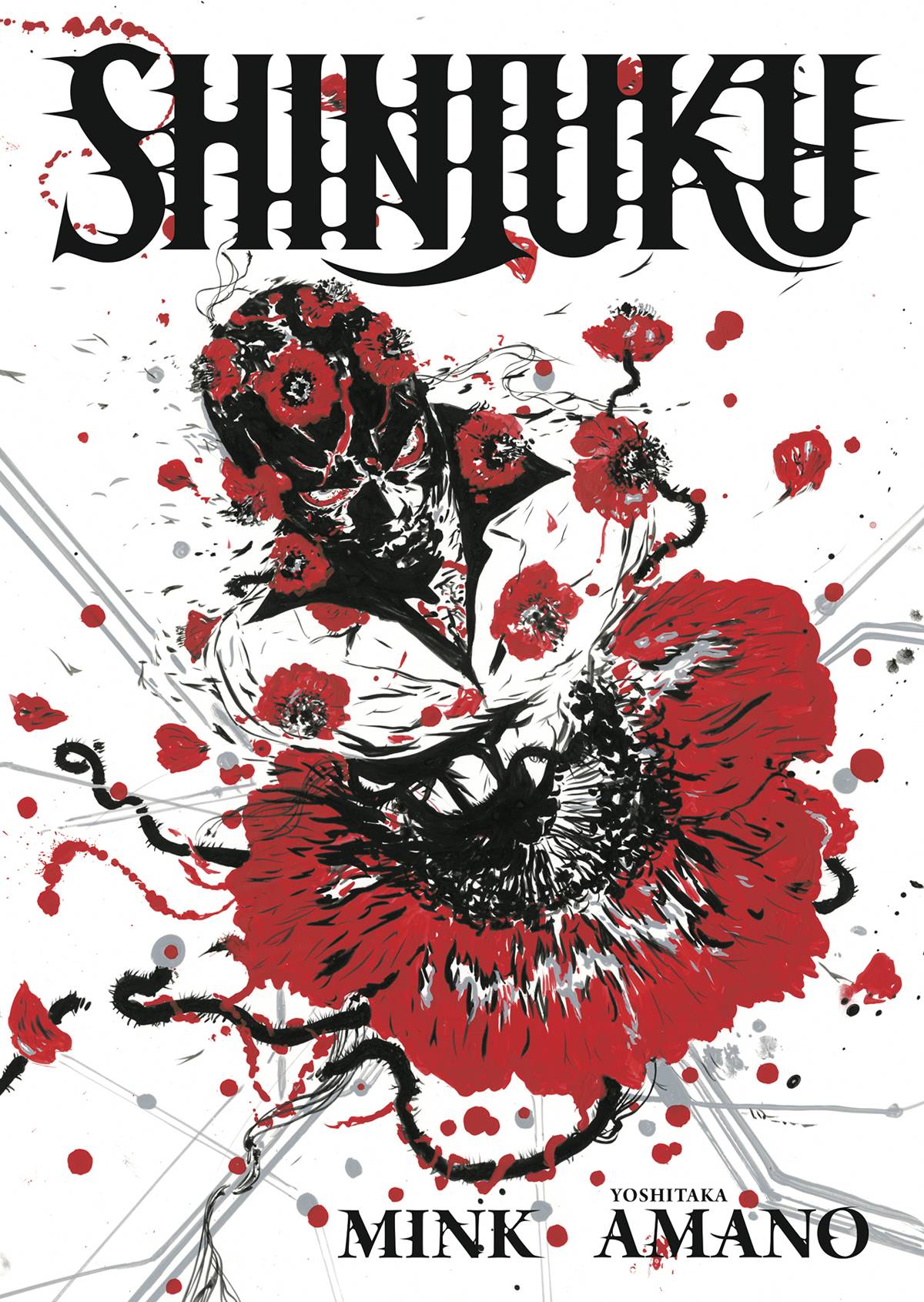 #
MAY220506
(W) Mink (A/CA) Yoshitaka Amano
Former special forces soldier and now elite Scout bounty hunter Daniel Legend is leaving the mean streets of Los Angeles for the meaner streets of Shinjuku. In the real world, Tokyo's most cosmopolitan ward-center of metropolitan power, crossroads of traffic, den of vice. But in Shinjuku, Daniel Legend, in search of his missing sister Angela, discovers the unreal city: Shinjuku. In this realm where lowlife crooks and subterranean monsters spill blood alike in the shadows, three rival yakuza leaders hold control over every earthly crime in a tense triad of greed.