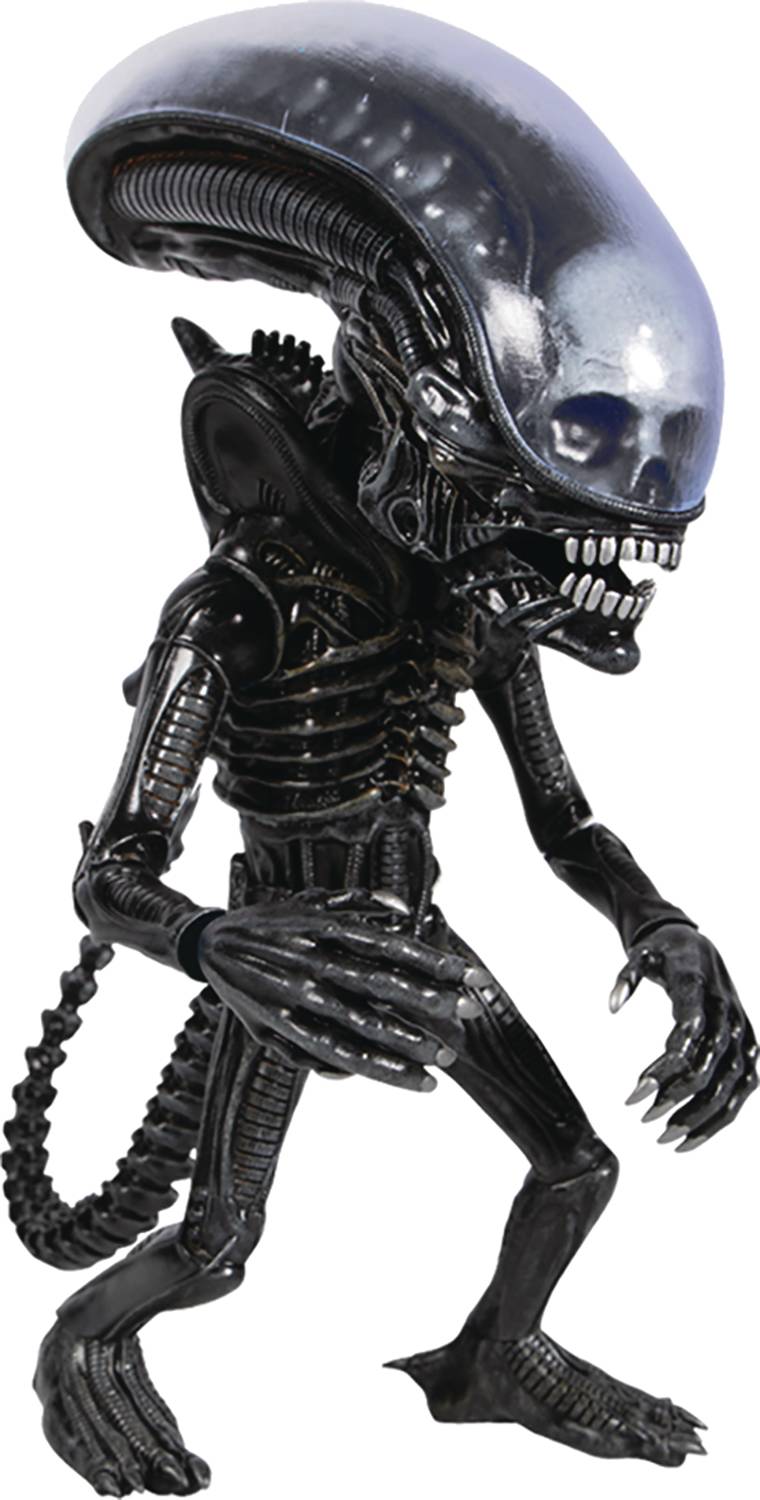 # # # # # # # # # #
MAY218591
From Mezco Toys. Alien has invaded the Mezco Designer Series, fully loaded with accessories from the film and interchangeable parts! The hostile Xenomorph features a hinged outer jaw with a pop-out pharyngeal jaw inside and removable drool FX, interchangeable hands and legs, and a posable tail. The included Ovomorph egg contains a posable Facehugger as well as an interchangeable top so the egg can take on both open and closed forms. The infant form of the Xenomorph, the Chestburster, is also included and has a poseable tail. The MDS Deluxe Alien stands 7" tall, features 10 points of articulation, and comes packaged in a window box.