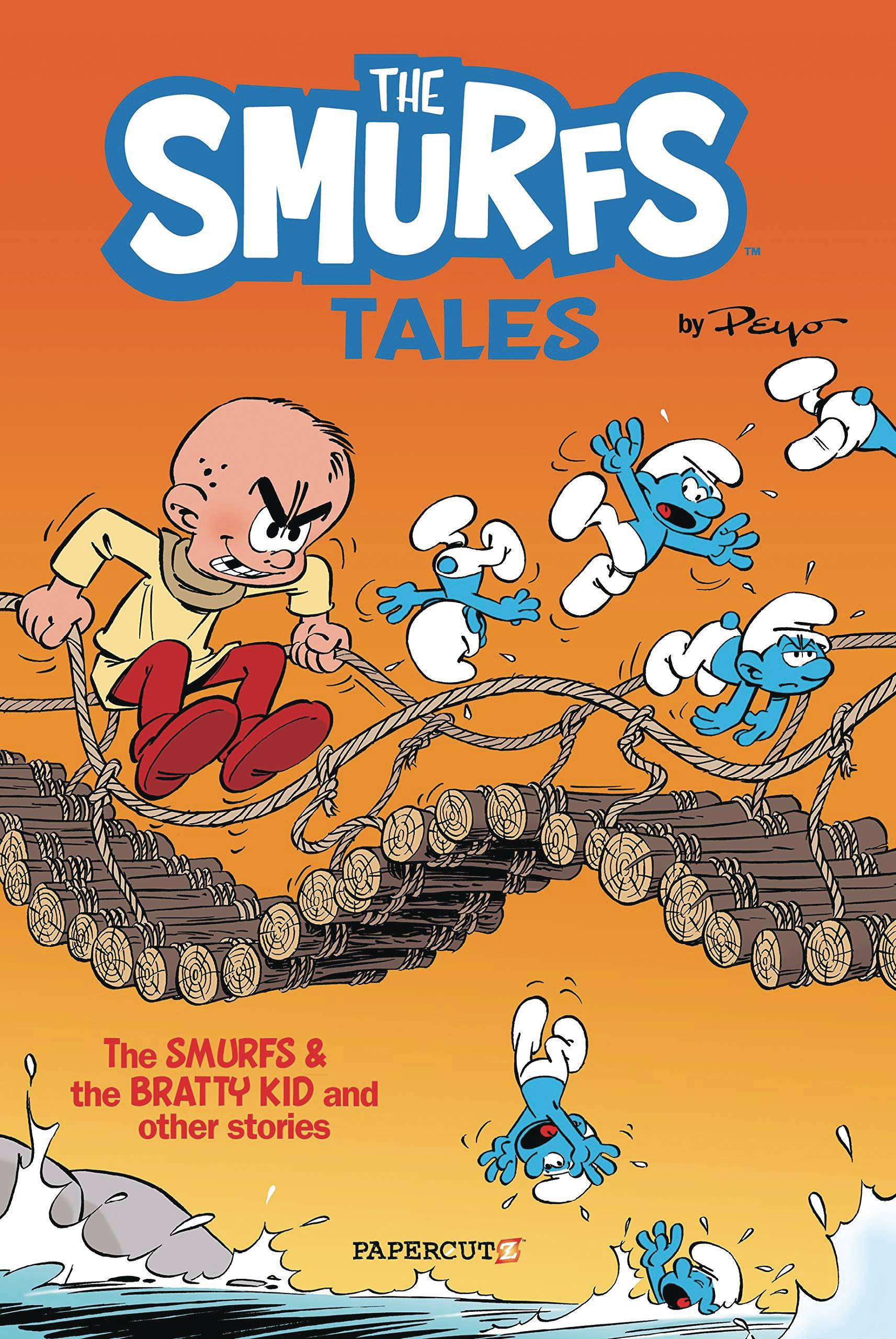 #
MAY211631
(W) Peyo (A) Peyo
On the occasion of the all-new animated TV series starting on Nick this September, an all-new series of Smurfs graphic novels!
The Smurfs are back in new stories in English for the first time! First, when Papa Smurf's stork gets wounded in a storm, he must rely on the kindness of a local farmer to nurse the stork back to flying condi-tion. A different kind of storm arrives in the shape of Johnny, the nephew of the farmer. The boy is as ag-gressive as his uncle is friendly. Making his way to the Smurfs Village, Johnny leaves a path of destruction in his wake, putting the whole village in jeopardy. Plus, tales of the Smurfs on vacation!  Plus, there's plen-ty of medieval action and adventure from the king's page (and loyal ally to the Smurfs) Johan and his silly sidekick, the mischievous jester Peewit, go off on an adventure featuring Papa Smurf. Plus, even more Smurfs comicstrips to add some blue and brighten any day.
In Shops: Jul 28, 2021
SRP: $22.99
View All Items In This Series
ORDER SUBSCRIBE WISH LIST