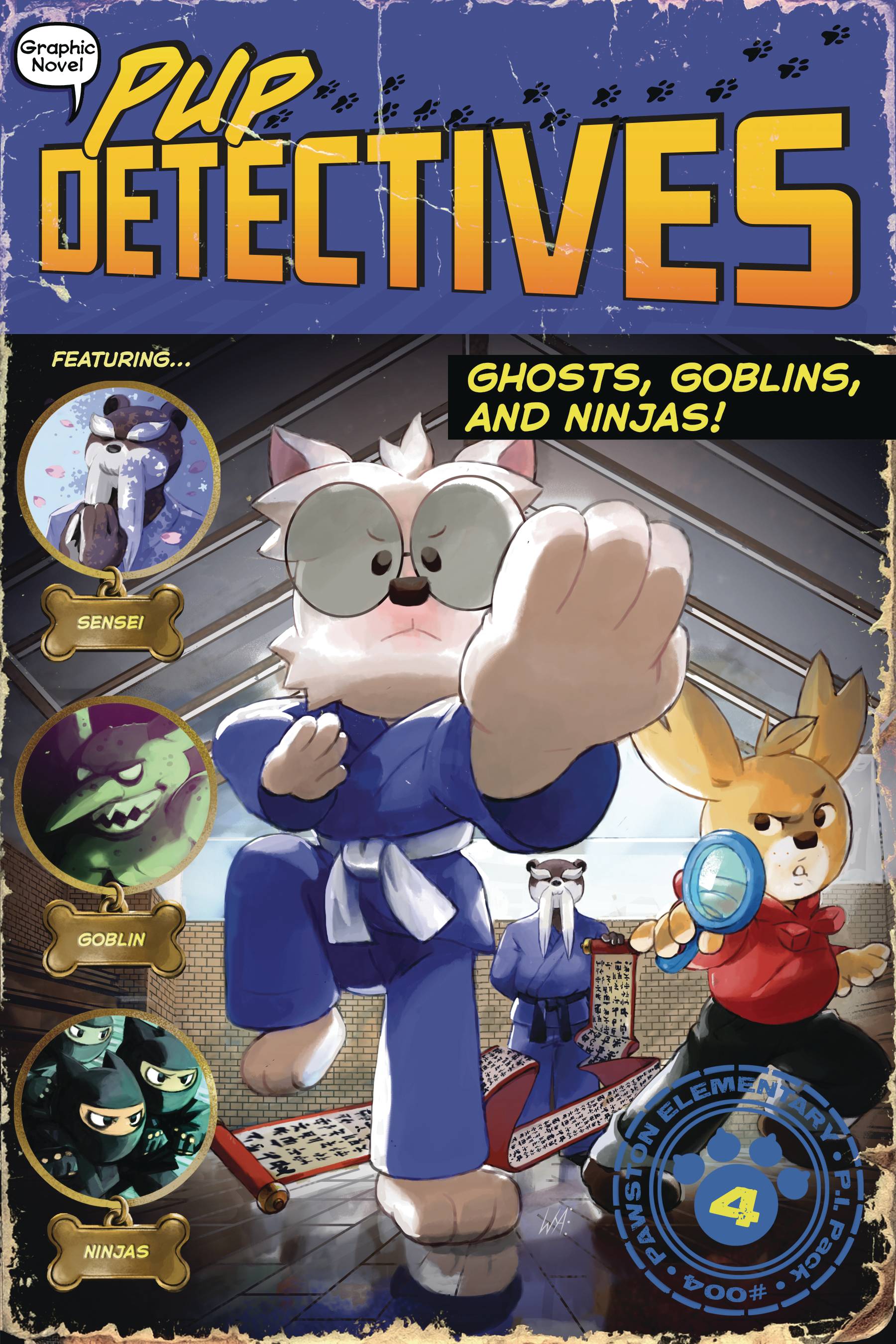 #
MAY211555
(W) Felix Gumpaw (A) Glass House Graphics
In this fourth installment of the Pup Detectives graphic novel series, it's up to the pup detectives to sniff out a stolen scroll and stop a curse in its tracks!
When the sacred scroll of Bark-Jitsu is stolen during a martial arts expo at Pawston Elementary, it's especially personal for one of the members of the PI Pack-Westie Barker, who has been training hard to earn his yellow belt.
Westie's sensei tells the PI Pack that he is certain an ancient curse has been awoken and that the missing scroll is tied to the it. But this is no ordinary curse-it's one that requires all the courage of a Bark-Jitsu master to be defeated. Luckily, the PI Pack are really brave and always ready to fight for justice. Will they be able to expose the truth behind this sneaky mystery before the scroll disappears forever?
In Shops: Jul 14, 2021
SRP: $9.99
View All Items In This Series
ORDER SUBSCRIBE WISH LIST