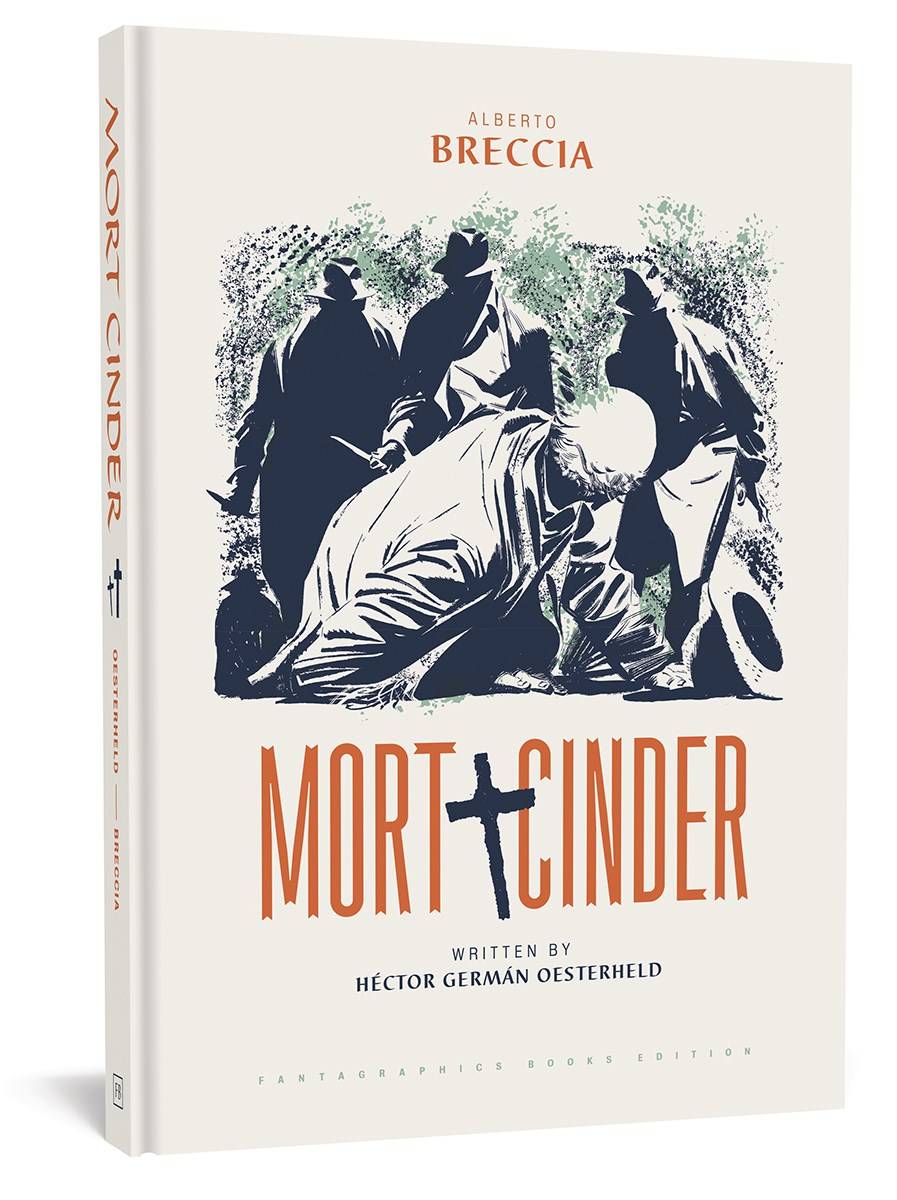 #
MAY211448
This serial follows the wanderings through time, space, and the darkest corners of humanity-from ancient Greece to the mid-20th century-of a man who rises from the grave each time he is killed.
Alberto Breccia is recognized as one of the greatest international cartoonists in the history of comics and Mort Cinder is considered one of his finest achievements. Created in collaboration with the Argentine writer Héctor Germán Oesterheld, best known in the U.S. for his politically incendiary sci-fi masterpiece, the Eisner Award-winning The Eternaut, Mort Cinder is a horror story with political overtones. This episodic serial, written and drawn between 1962-1964, is drawn by Breccia in moody chiaroscuro. The artist's rubbery, expressionistic faces capture every glint in the eyes of the grave robbers, sailors, and slaves that populate these stories; while the slash of stripes of prisoners' uniforms, the trapeziums of Babylon, and more create distinct and evocative milieus.
In Shops: Aug 04, 2021
SRP: $34.99
ORDER WISH LIST