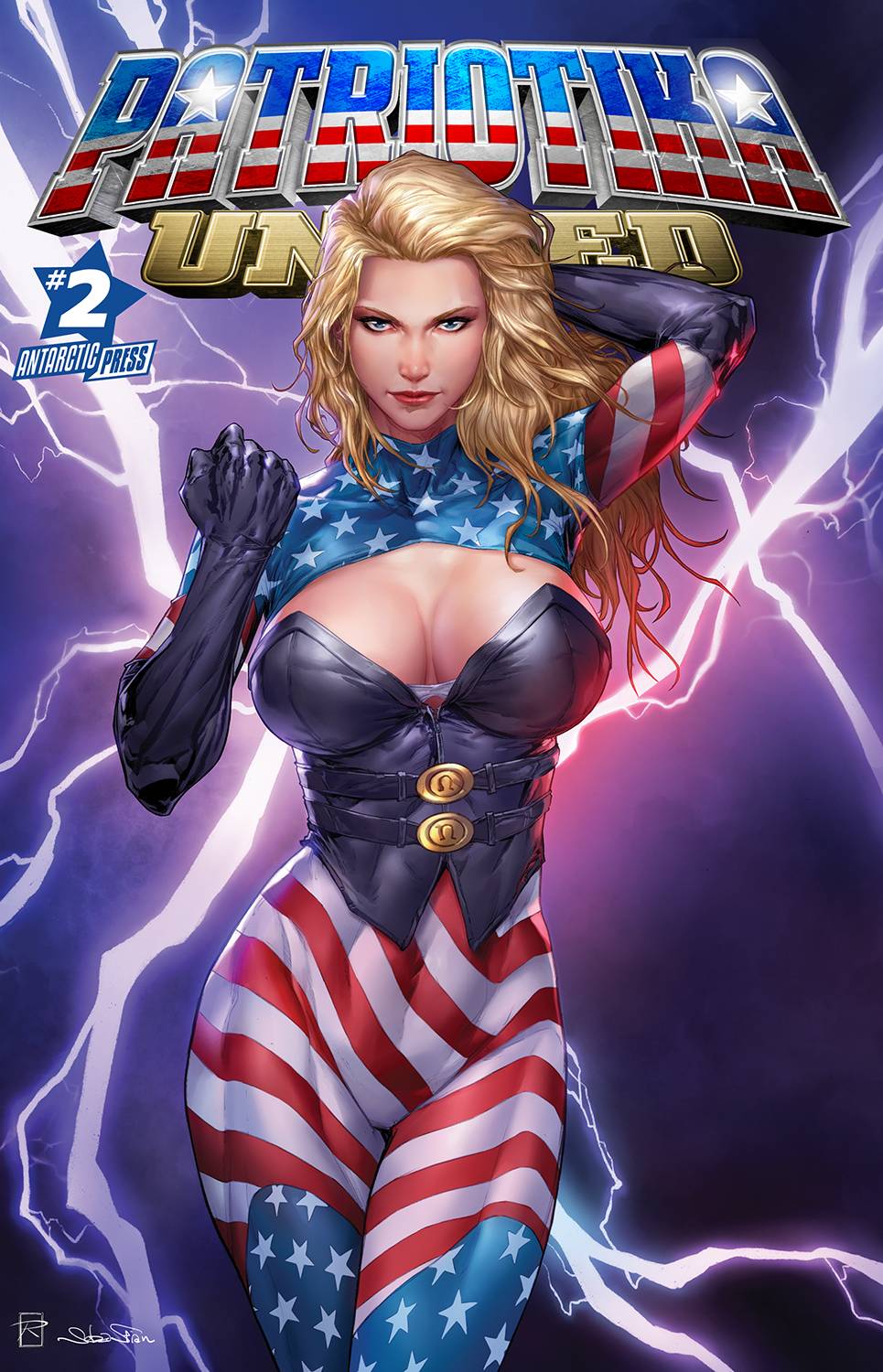 #
MAY211163
(W) Ron Zabala (A) Ario Murti (CA) Raymond Gay
Combined with the namesake descendant of the goddess Athena, college student Erin becomes the powerful Patriotika, Together, they fight deities, monsters, ninjas, shadow wraiths, and even the Sun Goddess Solaris Ra.  But abruptly, they find their separate roles reversed:  Now Erin has the bulk of their power and deals with supervillains, while Athena has to deal with college life!
In Shops: Jul 28, 2021
SRP: $3.99
View All Items In This Series
ORDER SUBSCRIBE WISH LIST