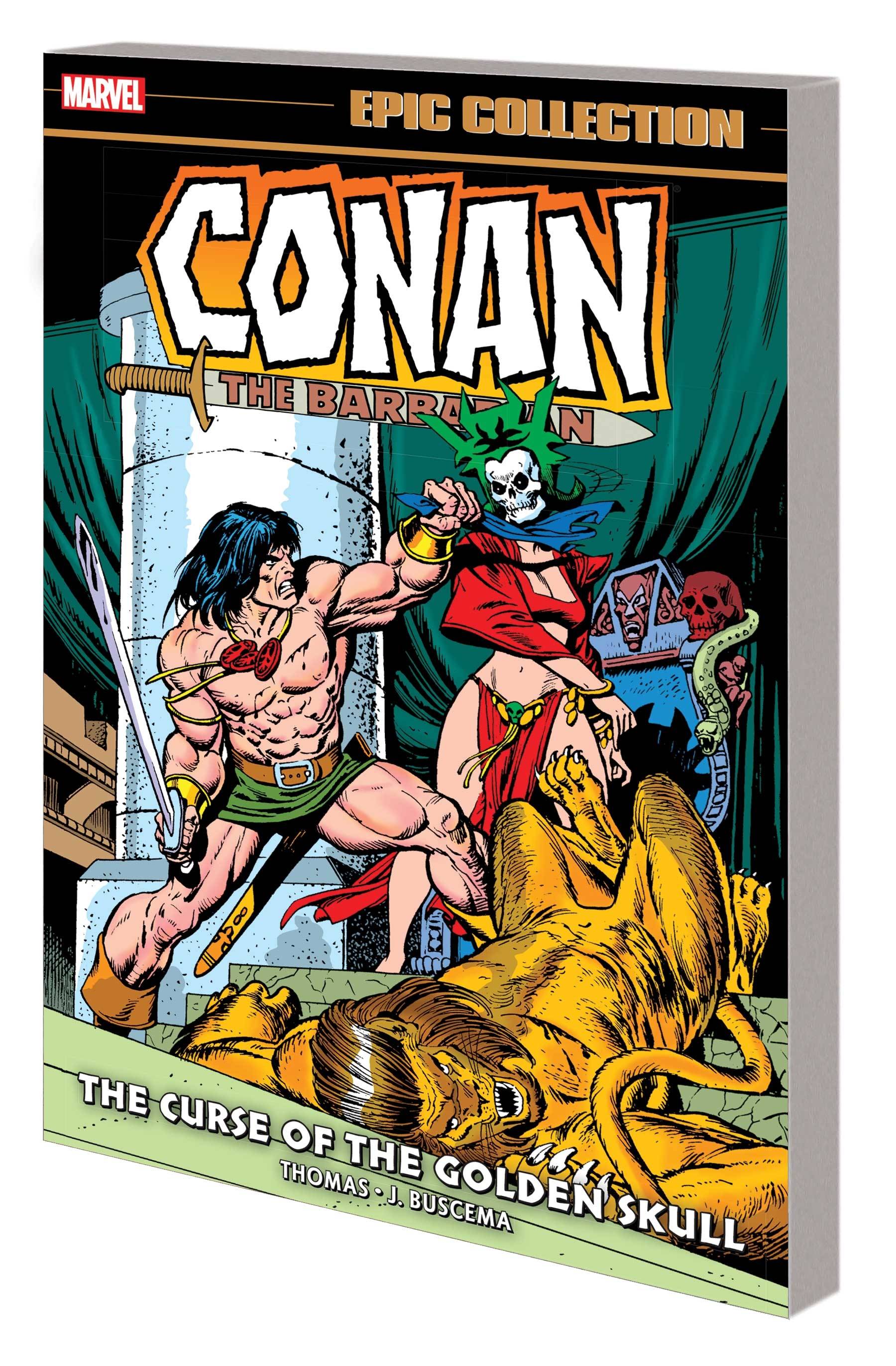 #
MAY210725
(W) Roy Thomas (A) John Buscema, More (CA) Gil Kane
Roy Thomas and John Buscema join forces to build CONAN THE BARBARIAN into one of the greatest comic book series of all time! Conan wanders the lands of Hyboria, eventually finding himself pressed into duty as a soldier in the army of his one-time foe, King Yedzigerd! Along the way, Conan travels the swamps of Stygia, the jungles of Kush and Zembabwei and the Eastern realm of Khitai - confronting monsters, demons and bloodthirsty warriors! Thomas adapts Robert E. Howard classics like "The Blood of Belshazzar" and spins all-new tales including the fan-favorite "The Shadow in the Tomb!" And Neal Adams stops by to illustrate "The Curse of the Golden Skull," teaming Conan with Juma against the wicked sorcerer Rotath! Collecting CONAN THE BARBARIAN (1970) #27-42 and CONAN ANNUAL #1.
Rated T+
In Shops: Jul 28, 2021
SRP: $39.99
ORDER WISH LIST