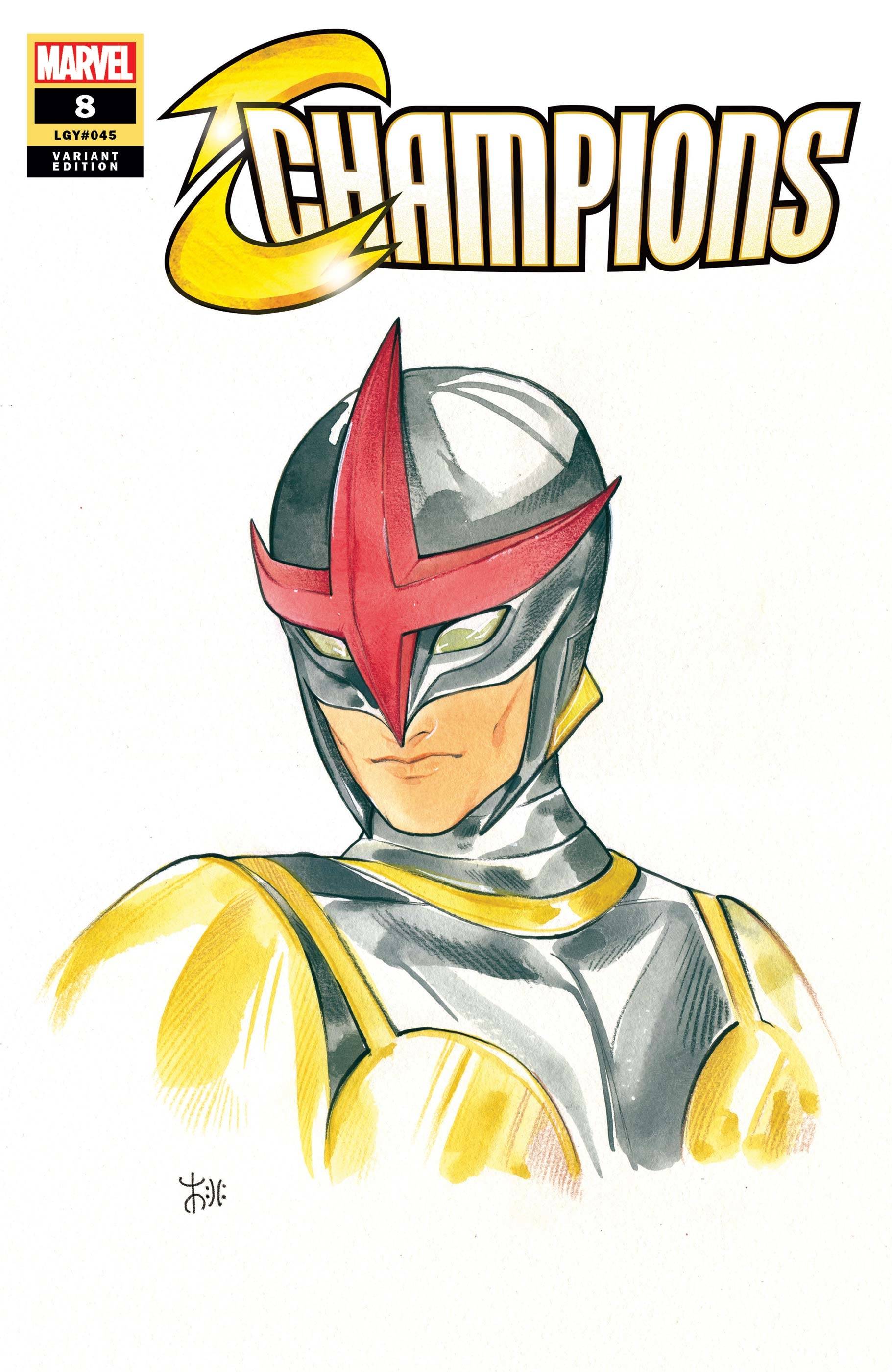 #
MAY210658
(W) Danny Lore (A) Luciano Vecchio (CA) Peach Momoko
A protest against Kamala's Law goes south when Roxxon uses its app to lure the crowd into a trap. Can the Champions save the protestors without exposing the Champions' moles within Roxxon? And can they figure out Roxxon's true endgame in time to stop it, or is it already too late?
Rated T+
In Shops: Jul 14, 2021
SRP: $3.99
View All Items In This Series
ORDER SUBSCRIBE WISH LIST