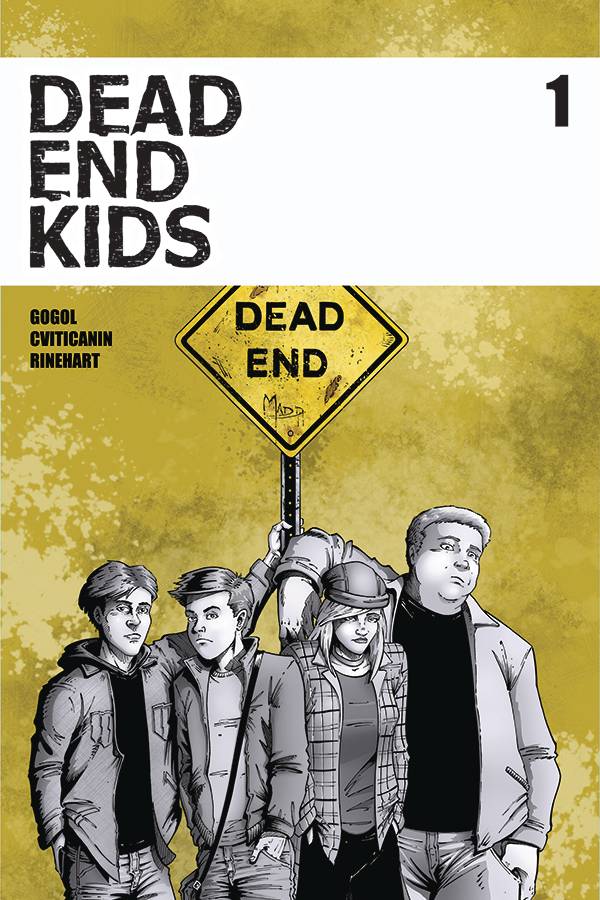 #
MAY191908
(W) Frank Gogol (CA) Nenad Cvitcanin
It's 1999. Ben, Murphy, Tank, and Amanda are four screwed-up kids from broken homes... but they have had each other. When Ben is murdered, Murphy and his friends set out to find who killed him and find themselves in the cross-hairs! Dead End Kids is a dark coming-of-age murder mystery set in the '90s, from the creative team behind 2018's critically acclaimed Grief.
In Shops: Aug 07, 2019
SRP: $3.99
View All Items In This Series
ORDER SUBSCRIBE WISH LIST