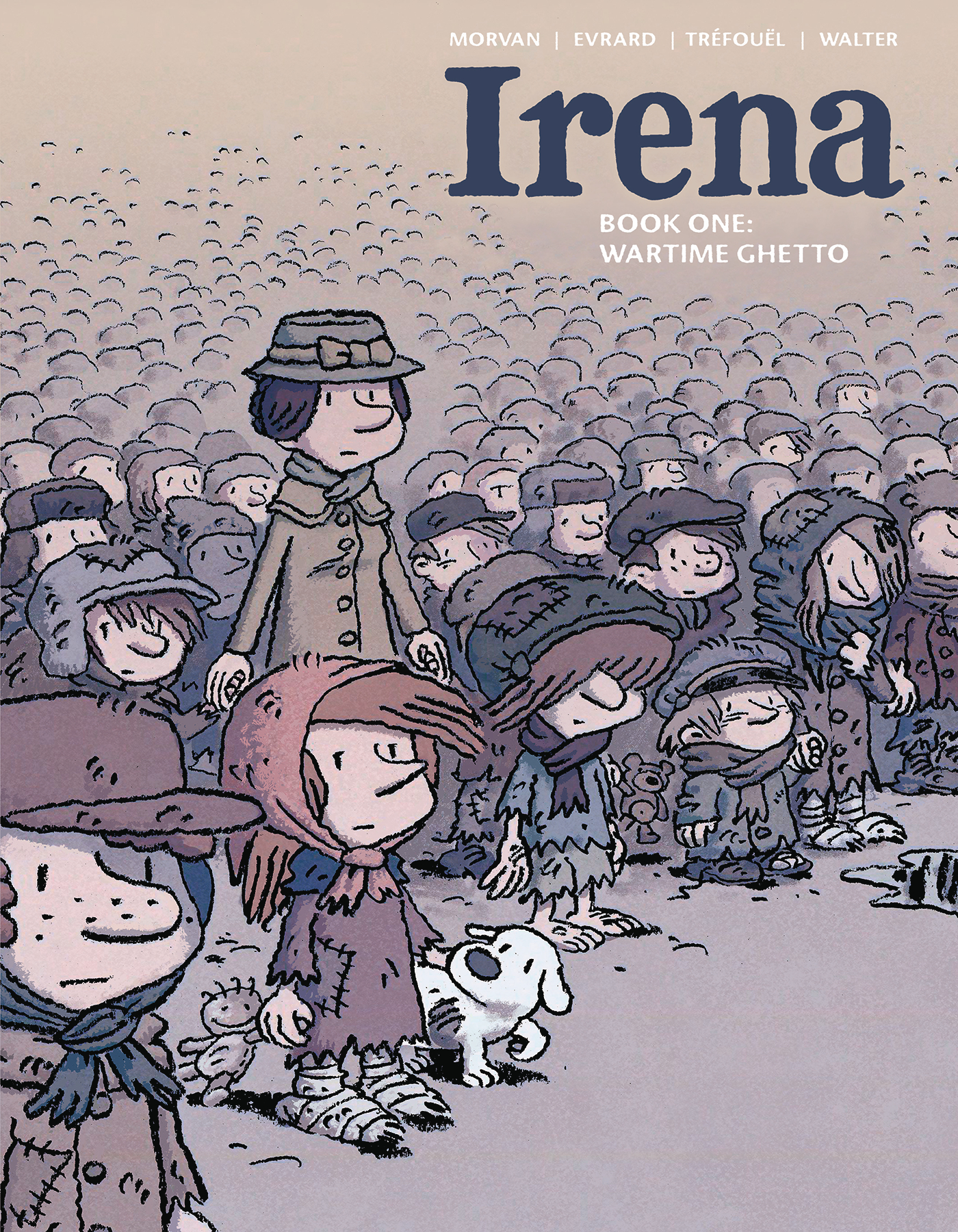 MAY191794
(W) Jean-David Morvan, Severine Trefouel (A) David Evrard
Irena Book One: Wartime Ghetto is a 136-page full color biography that chronicles the life of Irena Sendlerowa. Carefully researched by the creators, this book is truly a work of love. Irena was a member of the Citizen Center for Social Aid during World War II, joined the resistance, and saved over 2500 children from the hell of Nazi-Occupied Warsaw Ghetto. The artwork by David Evrard invokes an innocence and charm that serves as a stark juxtaposition to the tense and perilous moments the story provides. This book is a must have for admirers of Irena Sendlerowa's extraordinary life and those looking to learn more about the Jewish experience during World War II.
Irena Sendlerowa was born in 1910 in Otwock, a small town in central Poland.
Irena was 29 years old when the Germans invaded Poland. The Germans soon gathered all the Jews in Warsaw into a small portion of the city that became known as the Warsaw Ghetto. The ghetto's prison-like conditions led to thousands of deaths every month from starvation and disease. As a non-Jewish social worker, Irena was one of few outsiders allowed to enter thanks to a permit authorizing her to check the grounds for typhus and to help contain the disease from spreading outside the ghetto.
Slowly and carefully, she and a group of friends began sneaking children out of the ghetto, giving them new identities and temporary families. She wrote down each child's original name, new name, and new address on a small slip of paper and buried the papers in glass jars in hopes of reuniting the children with their parents once the German occupation had ended.
Her story was embraced worldwide in 1999 with a celebrated play and television movie bringing global awareness to her bravery. She was nominated for the Nobel Peace Prize in both 2007 and 2008, and has earned countless other commendations and praise.
She passed away on May 12th, 2008 at the age of 98.
In Shops: Aug 07, 2019
SRP: $19.99
View All Items In This Series