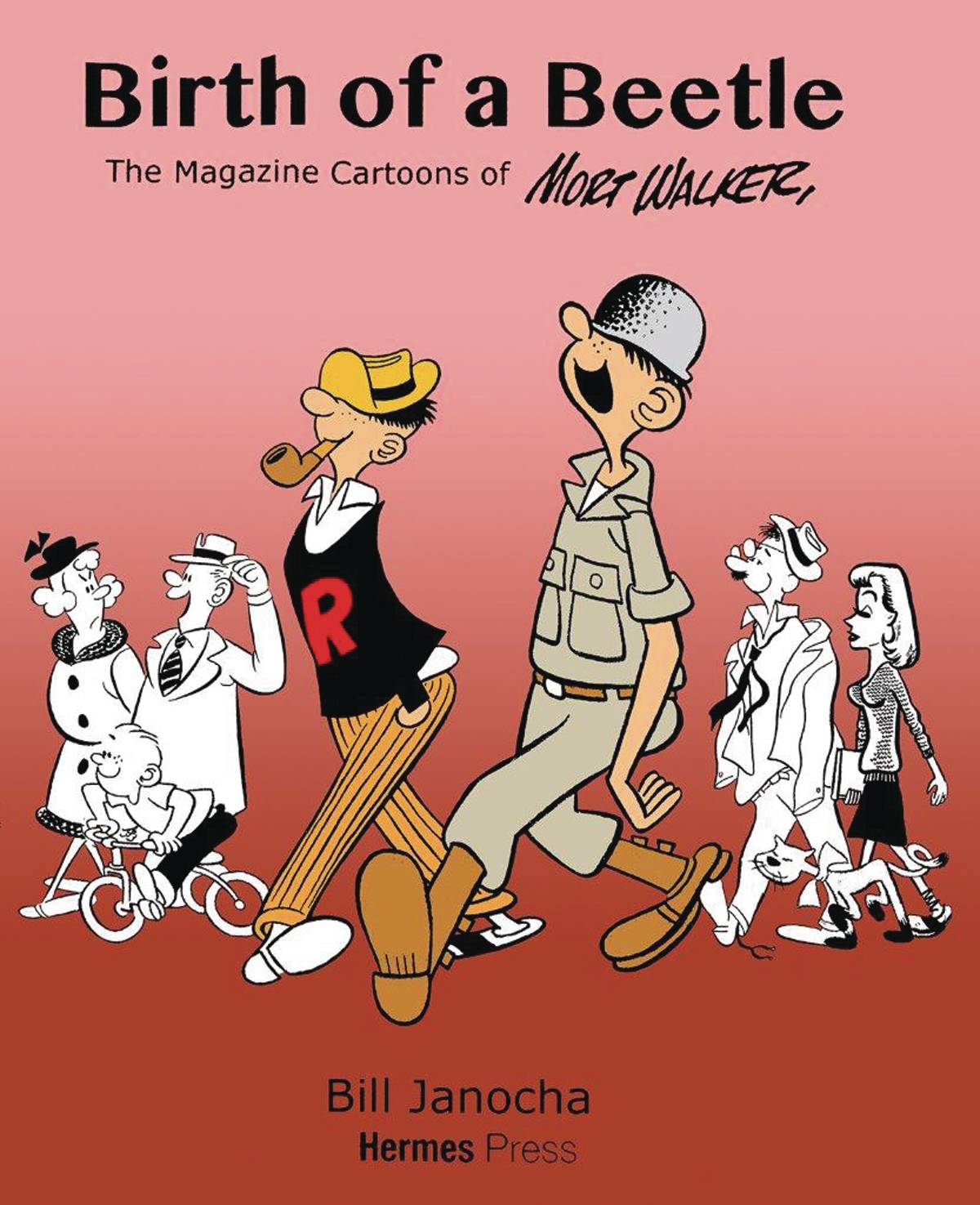 #
MAY191740
(W) Bill Janocha (A/CA) Mort Walker
Mort Walker, the Dean of American Cartooning, left behind a legacy that extended far beyond his Beetle Bailey and Hi and Lois fame. For the first time ever, Hermes Press and Bill Janocha (Walker's assistant) present a rare selection of gags and art from Walker's early years, before Beetle-mania took over the world. This historical book contains examples of the work he did prior to Beetle Bailey, and explores the evolution of his style and showcases his many gags, from his early comics in Showme magazine to the work he did for the Saturday Evening Post. This tome also contains historical essays detailing his life and career, up until his death in 2018 as written by Janocha.
In Shops: TBD
Final Orders Due: Aug 10, 2020
SRP: $49.95