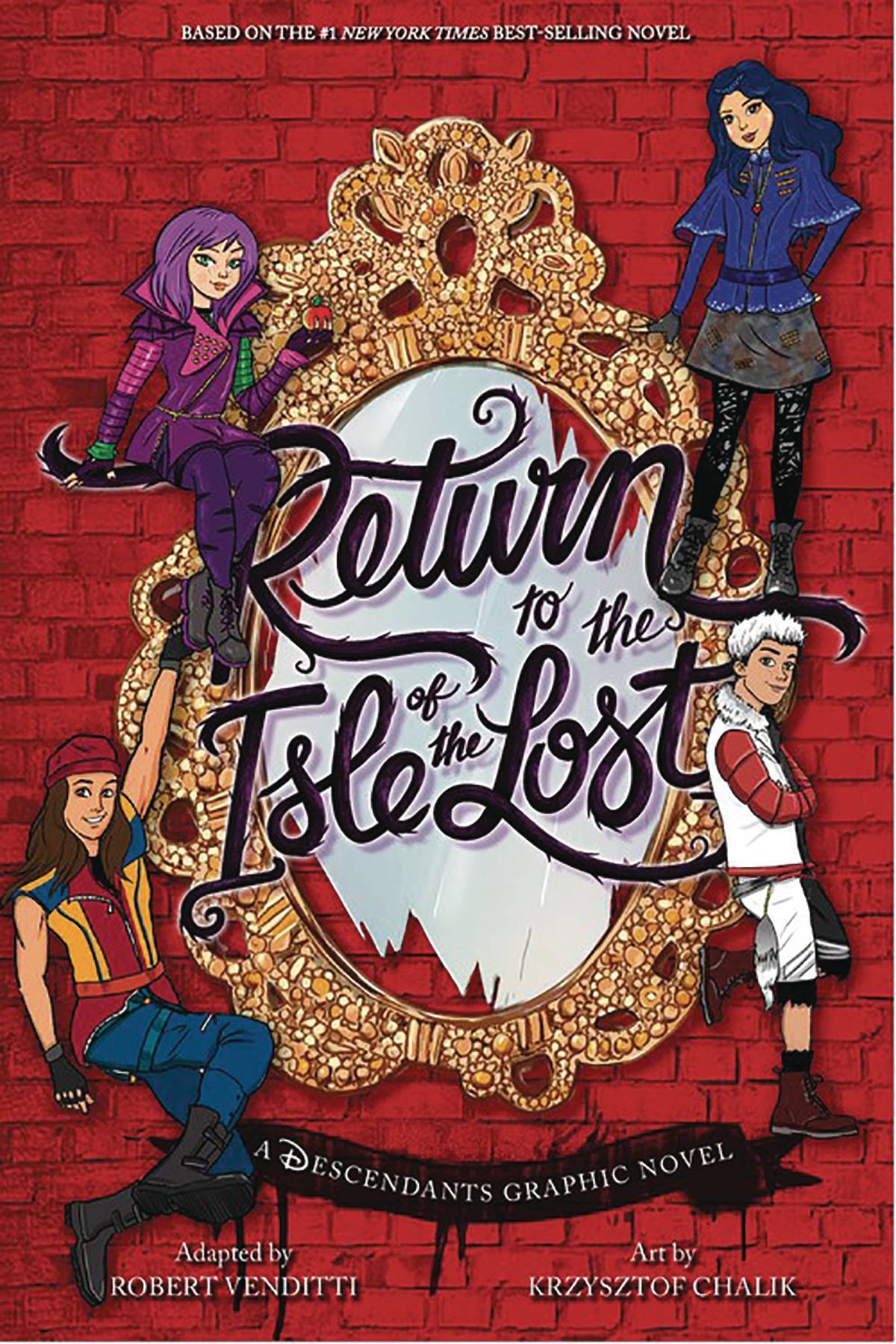 #
MAY191621
(W) Melissa De La Cruz, Robert Venditti (A) Kat Fajardo
Book two in the bestselling Descendants series, now in the wickedly fun, action-packed graphic novel! Mal's an expert at intimidating her enemies, but she's broken the habit since leaving her villainous roots behind. So when she and her friends Evie, Carlos, and Jay all receive threatening messages demanding they return home, Mal can't believe it. And when Evie looks into her Magic Mirror, what she sees only confirms their fears. Maleficent's just a tiny lizard after her run-in with Mal at Ben's Coronation, but she's the worst villain in the land for a reason. Could she have found a way to escape? Whatever's going on, Mal, Evie, Carlos, and Jay know they have to sneak back to the Isle and get to the bottom of it. Without its infamous leader, the island's even worse than when they left it, but the comforts of home can be hard to resist for recently reformed villains. Available in softcover and hardcover editions.
In Shops: Jul 31, 2019
SRP: $12.99