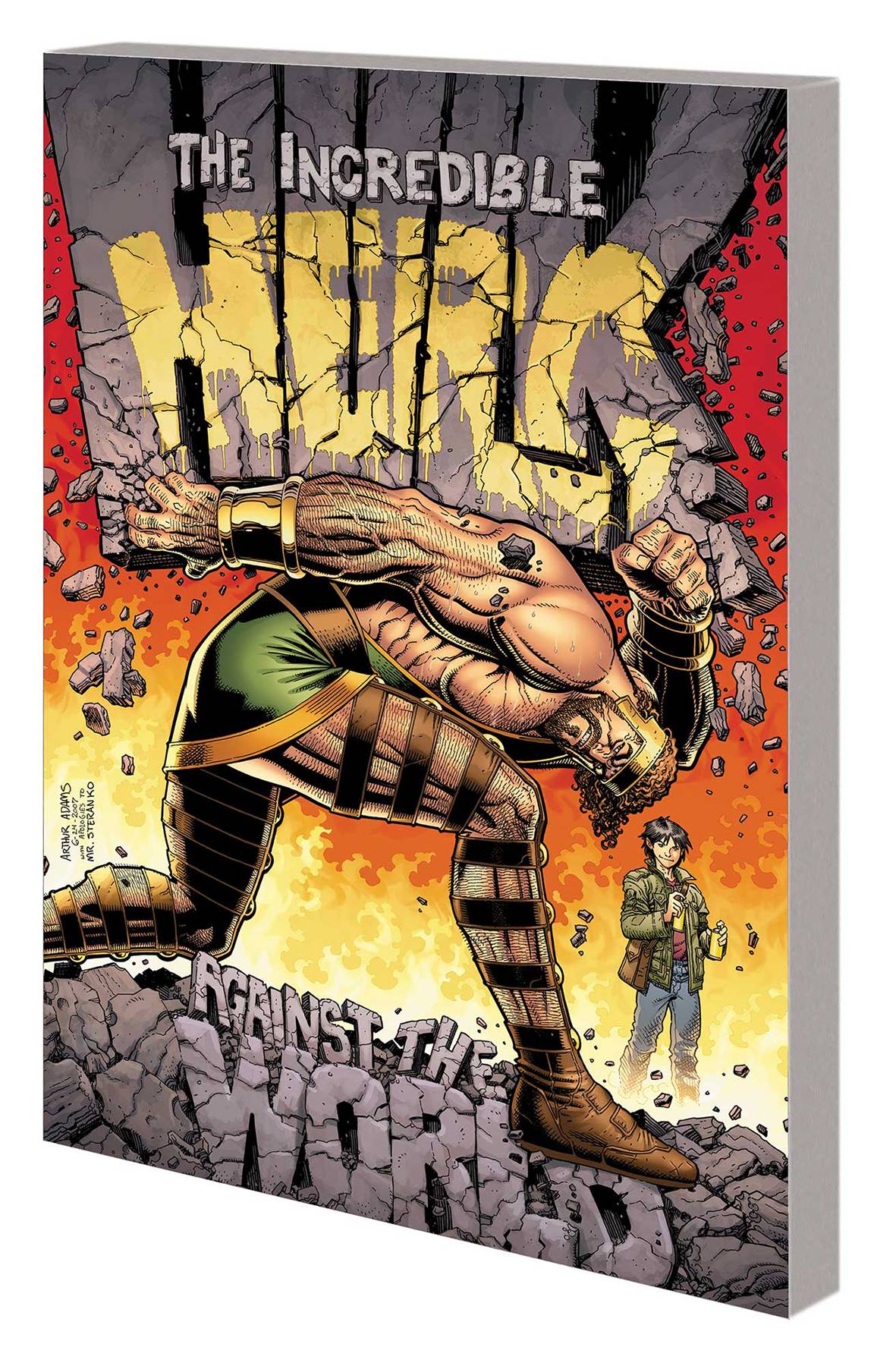 #
MAY190986
(W) Greg Pak, Jeff Parker, More (A) Gary Frank, Leonard Kirk, More (CA) Arthur Adams
Smashing out of the events of WORLD WAR HULK, the legendary Hercules takes center stage! Young genius Amadeus Cho recruits Hercules to help the Hulk - but when the dust settles, Herc and Cho find themselves outlaws! And the situation is further inflamed by Cho's grudge against S.H.I.E.L.D. and Herc's feud with his estranged half-brother, Ares, god of war! Then, the Greek Goliath assembles the godliest super-team ever to take on the deities of the invading Skrulls! Prepare for the pantheon-pounding premiere of...the God Squad! But who among them is a traitor? Plus: Untold tales of Hercules vs. Hulk - and Hulk vs. the Champions! And the excellent origin of Amadeus Cho! Collecting INCREDIBLE HULK (2000) #106-112, INCREDIBLE HERCULES #113-120 and HULK VS. HERCULES: WHEN TITANS COLLIDE; and material from GIANT-SIZE HULK (2006) #1, AMAZING FANTASY (2004) #15 and INCREDIBLE HULK (2000) #100.
Rated T+
In Shops: Jul 31, 2019
SRP: $39.99
View All Items In This Series
ORDER SUBSCRIBE WISH LIST