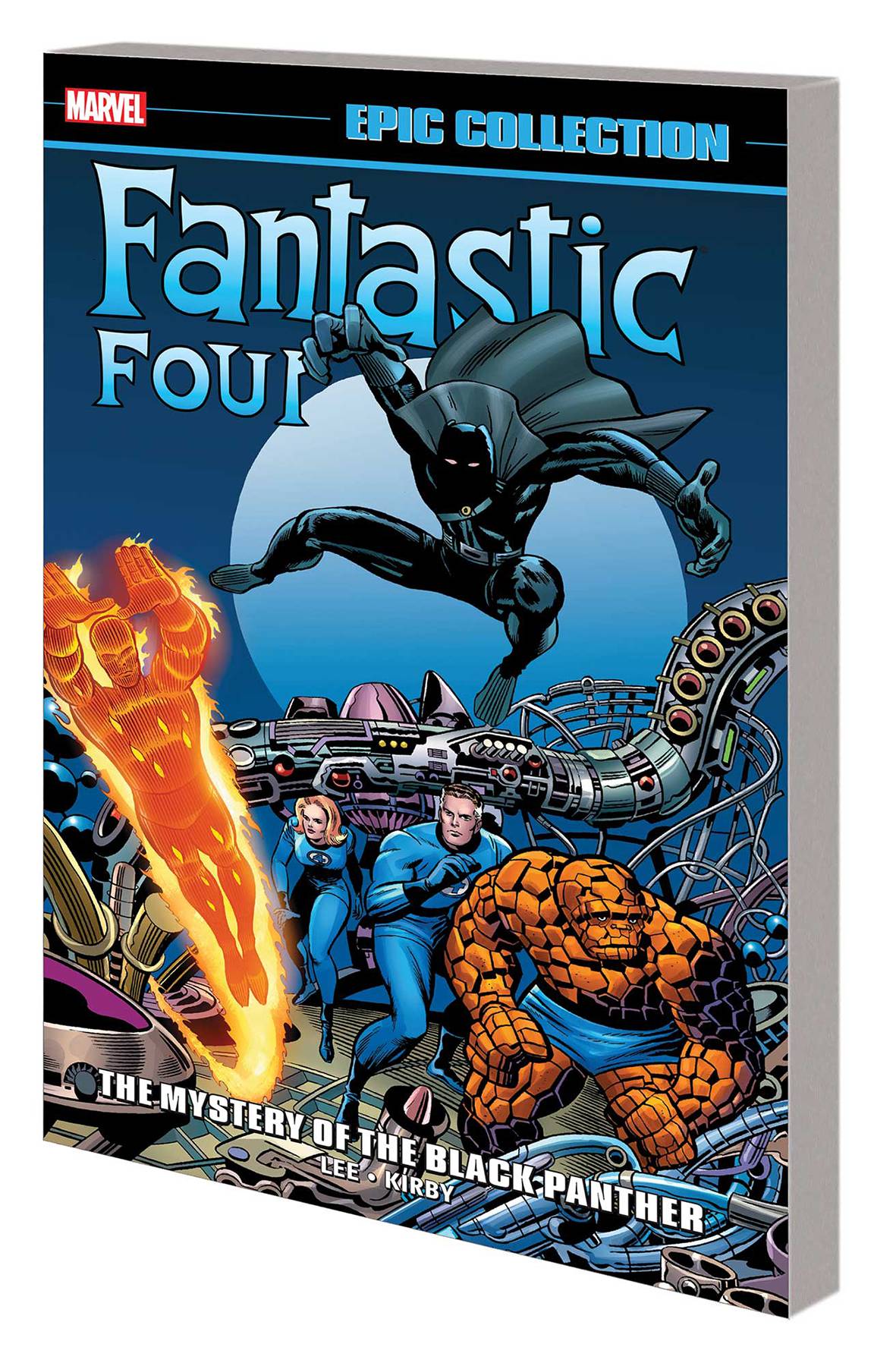 #
MAY190984
(W) Stan Lee (A/CA) Jack Kirby
Stan Lee and Jack Kirby unveil yet another unmatched Marvel milestone: the debut of the world's first African super hero, the Black Panther - and his kingdom of Wakanda! And that's just the start of it all, as the Thing goes toe-to-toe with the Silver Surfer, the Human Torch takes on his 1940s namesake and the FF must face Doctor Doom - who's armed with the Silver Surfer's Power Cosmic! Plus: Experience another instant classic with the first appearances of Blastaar, the alien Kree, Ronan the Accuser, Sentry 456 and that spaghetti-headed wonder, the Supreme Intelligence! And if all that wasn't enough, the utopian scientists of the Enclave unleash the golden being called Him - the man who will one day become known as Adam Warlock! Collecting FANTASTIC FOUR (1961) #52-67 and ANNUAL #4-5, and material from NOT BRAND ECHH #1 and #5.
All Ages
In Shops: Aug 21, 2019
SRP: $39.99