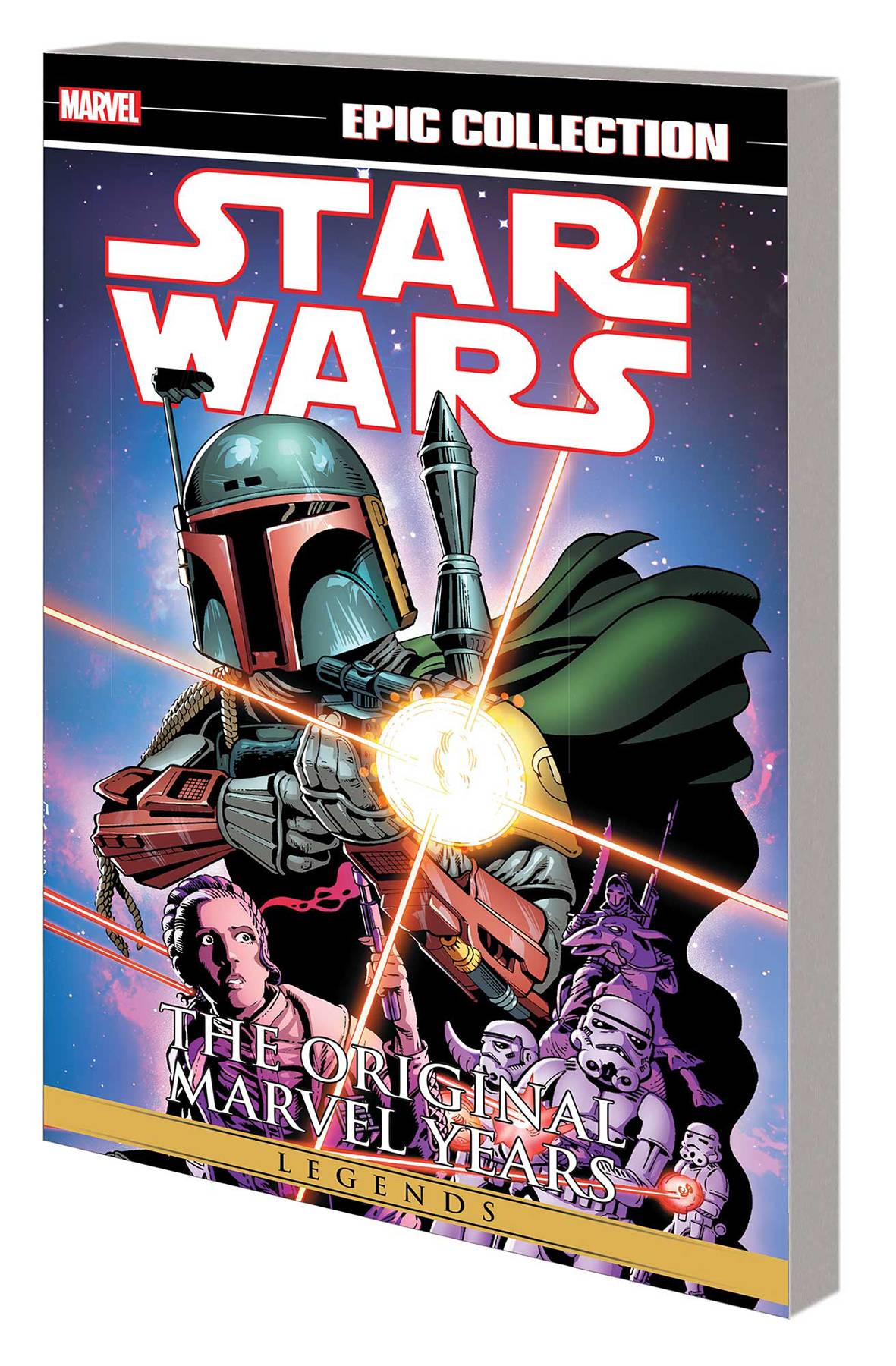 #
MAY190978
(W) Walter Simonson, David Michelinie, More (A) Walter Simonson, Tom Palmer, More (CA) Gene Day
The search for Solo! The lovable rogue, frozen in carbonite, has been taken to Jabba the Hutt - and our favorite rebels want Han back! But as Lando Calrissian returns to find Cloud City a death trap, R2-D2 and C-3PO face a dangerous spacewalk! Elsewhere, Luke Skywalker braves a beast on Bazarre - and joins Chewbacca inside a Mind Spider! Leia undertakes an explosive mission! Shira Brie shares the story of her people! And in the wake of tragedy, Luke becomes a pariah! Screams in the void and threats like the Darker unsettle our heroes, but the hunt for Han soon leads the crew to bounty hunters Dengar, Bossk and IG-88! And the bizarre discovery of a golden statue of their lost friend leads to revelations from Han and Chewie's past! Collecting STAR WARS (1977) #56-73 and STAR WARS ANNUAL (1979) #2.
Rated T
In Shops: Aug 07, 2019
SRP: $39.99
View All Items In This Series
ORDER SUBSCRIBE WISH LIST